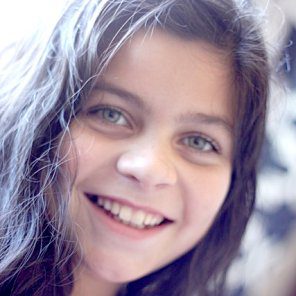 Erie, CO—An Erie sixth-grader will embark in less than three weeks on a voyage to become a national memory champion and earn a $10,000 grand prize.

Pearl Soundron, 11, of Erie, is one of 16 finalists in the National Memory Master competition. On May 2 Pearl will compete in three rounds of academic memory testing during a five-day cruise to the Bahamas aboard the Carnival cruise ship Victory. Each of the finalists received two free tickets to the cruise and $800 in traveling money.

“I’m elated!” Pearl said about earning her way to the finals.  “Even though it’s going to be a copious amount of hard work, I know it will be fun and I’m really looking forward to it!”

The 16 finalists have already been through a rigorous series of local and regional competitions to reach the finals. Pearl’s presentation to reach this point linked 12 history sentences to tell the story of Europe, from Charlemagne up to Napoleon’s empire, emphasizing the wars, religion and drive for discovery that characterized that time period.

The three-round championship will cover disciplines such as math, science, English grammar, history, Latin and geography.

In her spare time, Pearl enjoys holding her baby brother, gobbling up books, organizing plays with her sisters, and riding her bike to see her grandparents.  She said she loves spending time with her family, her friends and her church community.

“Pearl has a compassionate heart and a desire to understand how to live life with a love for God and others,” her mother said.  “She is thrilled to be participating in the National Memory Master competition.”

6 Tips for Doing Foundations with Your Littles (Updated for 2022)

I am part of a couple of Facebook groups for Classical Conversations® families where we...

2023 National Conference: Save the Date!

Classical Conversations® families — mark your calendar for Thursday, May 4, through Saturday, May 6,...