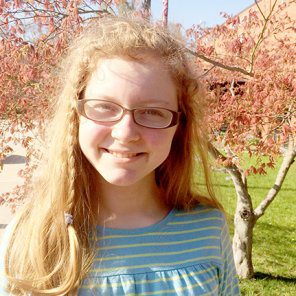 Hagerstown, MD—A Hagerstown sixth-grader will embark in less than three weeks on a voyage to become a national memory champion and earn a $10,000 grand prize.

Charity Parrott, 12, of Hagerstown, is one of 16 finalists in the National Memory Master competition. On May 2 Charity will compete in three rounds of academic memory testing during a five-day cruise to the Bahamas aboard the Carnival cruise ship Victory. Each of the finalists received two free tickets to the cruise and $800 in traveling money.

“I’m excited to compete, and I’ve worked really hard to learn all of the facts and link them together,” Charity said of the competition.  “I’m also looking forward to meeting the other students from around the country!”

The 16 finalists have already been through a rigorous series of local and regional competitions to reach the finals. Charity’s presentation to reach this point detailed, in less than three minutes, the history of Europe from Charlemagne to Napoleon, emphasizing the details of the churches, kingdoms, and wars which shaped the continent.

Charity loves math and geography, and has worked hard to be able to start Algebra this fall.  She swims competitively year-round, qualifying for state and league championships several years in a row.  She has played the piano for four years and has memorized songs and Bible verses in both French and Japanese.

Charity does have a lighter side, according to her mother, April. “Charity adores Chihuahuas and can frequently be seen doodling Chihuahuas on every available surface,” she says.