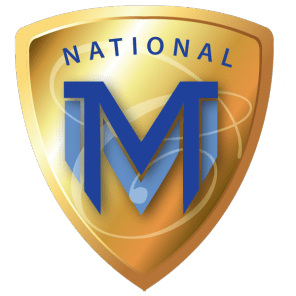 Voting for the National Memory Master competition is underway now until Sunday night. Dozens of Classical Conversations’ best and brightest students have created and recorded innovative recitations of American history facts in the first step of their quest to become THE National Memory Master.

You can vote here:  https://cc.us.launchpad6.com/entries

In order to vote, click on the video that you wish to watch.  Once the video is loaded it will allow you the option to vote on that specific video. There are also options to share it directly to Facebook, Twitter, Google Plus, Tumbler or Reddit.  You can vote only once for a particular video, but you can vote for as many videos as you like.

Online voting began Feb. 17. Qualified students must tell a story in an interesting manner using history facts. The facts to be recited come from the period of Reconstruction following the Civil War through the terrorist attacks of Sept. 11, 2001, but also include the Preamble to the U.S. Constitution and the Bill of Rights. No props or prompts of any kind are allowed, whether in front of or behind the camera, and students must be standing if physically able. Videos must be 210 seconds or less.

All uploaded videos can be viewed and voted on by family, friends and classmates until 11:59 p.m., EST, Feb. 26. National Memory Master staff will then review the videos, and, in a third round of judging, specially selected judges will select at least one finalist from each of CC’s 12 regions, which include all 50 states, the District of Columbia and Puerto Rico. A total of 16 finalists will be selected based on accuracy of information, quantity of history facts, creativity of the presentation and the popularity of the video. The 16 finalists will be announced on March 3.

A parent or guardian of each finalist will receive two tickets, one for themselves and one for the student, to the 2017 Capstone Cruise and up to $800 as a travel stipend. All finalists must compete in the finals on May 1 while onboard the Carnival Liberty cruise ship, cruising to the Bahamas. Additional family members are permitted to join the cruise at their own expense. The finalist who emerges victorious after several grueling rounds of competition will be named 2017 National Memory Master and receive a $10,000 cash prize.