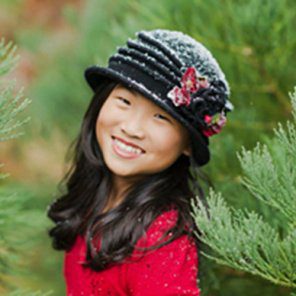 La Center, WA—A La Center sixth-grader will embark in less than two weeks on a voyage to become a national memory champion and earn a $10,000 grand prize.

Kylee Estoos, 12, of La Center, is one of 16 finalists in the National Memory Master competition. On May 2 Charity will compete in three rounds of academic memory testing during a five-day cruise to the Bahamas aboard the Carnival cruise ship Victory. Each of the finalists received two free tickets to the cruise and $800 in traveling money.

“I was very excited to be chosen as a NMM finalist,” Kylee said. “I have worked extremely hard but I know I still have some big challenges to face in preparation; I hope I am able to rise to the challenge. My family and friends, especially my brother Landon, have been very encouraging and supportive.

The 16 finalists have already been through a rigorous series of local and regional competitions to reach the finals. Kylee’s presentation to reach this point in the competition included 12 history sentences that had to be creatively designed into a story less than three minutes long.

The National Memory Master competition is hosted by Classical Conversations, a classical education resource used by homeschoolers in all 50 states and 14 foreign countries.

Although Kylee says her favorite school subjects are history and geography, she really enjoys visiting with her friends and playing with the babies at CC. She was adopted from China at 18 months and is one of five siblings. She enjoys playing the violin, loves to bake, and take care of young children. Living in the country on a small Christmas tree farm, Kylee stays busy outdoors. She enjoys helping in the garden, raising chickens with her brother, and taking care of her cats, rabbit and a Guinea pig.