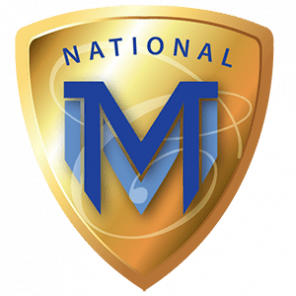 The first step to earning this year’s title is for a student to be proofed by his tutor and director for this year’s Memory Master Cycle 3. Step Two begins Friday, Feb. 9, when CC releases its story prompt for qualified students to tell a story in an interesting manner using history facts from any of the three cycles, which their parents will video. No props or prompts of any kind are allowed, whether in front of or behind the camera, and the maximum length of the video is 210 seconds. In order to be considered for becoming a finalist, the student’s video must be successfully uploaded by 11:59 p.m., EST, on Feb. 16.

All uploaded videos can be viewed and voted on by family, friends and classmates until 11:59 p.m., EST, Feb. 25. National Memory Master staff, then select judges in a third round of judging, will then review all the qualifying videos and select at least one finalist from each of CC’s 12 regions, which include all 50 states, the District of Columbia and Puerto Rico. A total of 16 finalists will be selected based on accuracy of information, quantity of history facts, creativity of the presentation and the popularity of the video. The 16 finalists will be announced on March 6.

For more information about the NMM competition, click HERE.

A parent or guardian of each finalist will receive two tickets to the 2018 Capstone Cruise and up to $800 as a travel stipend. The finalist must compete in the finals on April 30 while onboard the Carnival Liberty cruise ship, cruising to the Bahamas.

“I can’t believe I won!” Jackson said immediately after the competition. “It was a lot of work, but I’m so glad I did all that hard work; it is definitely worth it! I had a blast on the cruise, and I’m glad I got to meet a lot of new friends.” Jackson plans to put his winnings into his college fund.

Who will be the next CC student to work very, very hard to become the best of the best—the 2018 National Memory Master?