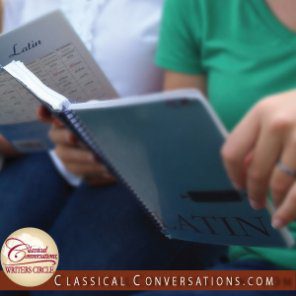 Here is my annual blog post about the National Latin Exam. It is a wonderful exam that students take in the middle of March and it gives the students practice in standardized testing and test taking skills. I want to reiterate that taking the test will not hurt your student(s), it can only help them (college applications, college scholarships, test practice).

The National Latin Exam, sponsored by the American Classical League and the National Junior Classical League, is a 40-question, multiple-choice test with a time limit of 45 minutes, offered to students on seven levels. On the Introduction to Latin, Latin I, Latin II, Latin III, Latin III/IV Prose, and Latin III/IV Poetry exams, there are questions on grammar, comprehension, mythology, derivatives, literature, Roman life, history, geography, oral Latin, and Latin in use in the modern world. The Latin V-VI exam contains two Latin passages as the basis for questions on grammar, comprehension, historical background, classical literature, and literary devices.

The philosophy of the National Latin Exam is predicated on providing every Latin student the opportunity to experience a sense of personal accomplishment and success in his or her study of the Latin language and culture. This opportunity exists for all students since, in the National Latin Exam, they are not competing with their fellow students on a comparative basis, but are evaluated solely on their own performance on the exam. The basic purposes of the NLE are to promote the study of Latin and to encourage the individual student.

In 2016, 142,271 students took the exam including 4,111 students in 745 home schools (homeschoolers are the fastest growing population for taking the National Latin Exam). Students take the exam from all fifty states as well as twenty other countries.

Students will need to do a little bit of extra preparation before taking the National Latin Exam. They need to review mythology, Roman history, and Roman culture. Here is a fun study guide (not specific to the NLE, however) that my students used when doing Certamen (Latin quiz bowl activity) in public school: Latin study guide. I also recommend studying The Private Lives of the Romans on the Forum Romanum site as well as Bulfinch’s Mythology. On the Intro Exam and the Latin I Exam, they will also need to learn the imperative voice for verbs and the vocative case for nouns.

The other main study to do is to take the previous years’ tests on the nle.org website. They have exams on the website from 2000—2016. As your student(s) take each test, he/she/they will see the patterns within the test. For example, there will always be a question with a form of the word “to be” in it (remember, the word to be does not take a direct object after it; instead, it has a predicate nominative or adjective).  There will be at least one map question and a few mythology questions.

It is very easy to register for the National Latin Exam—you can do it online with a $5 credit card fee or you can mail in the registration postmarked by the 20th. It behooves you to take the test as a group because the shipping and handling cost is $15 per each application and a minimum for an order is $10 (i.e., 1 or 2 exams is $10; each exam is $5 each with two or more). You should get together with a group of parents and share the bill. Students can take the test online or on paper. All students of one level should take the test at the same exact time.

I hope you all will take advantage of this amazing opportunity!