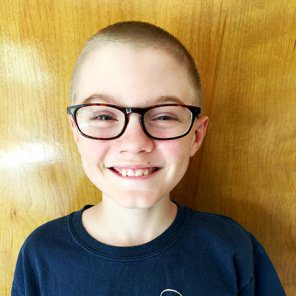 Olathe, KS—An Olathe fifth-grader will embark in less than three weeks on a voyage to become a national memory champion and earn a $10,000 grand prize.

Joshua Perry, 11, of Olathe, is one of 16 finalists in the National Memory Master competition. On May 2 Joshua will compete in three rounds of academic memory testing during a five-day cruise to the Bahamas aboard the Carnival cruise ship Victory. Each of the finalists received two free tickets to the cruise and $800 in traveling money.

“I’m excited to go on the cruise and compete with other Classical Conversations kids,” Joshua said. “It’s fun but also challenging to remember all the facts from cycles 1-3!”

The 16 finalists have already been through a rigorous series of local and regional competitions to reach the finals. Joshua’s presentation to reach this point stressed the idea that early European history can be marked by growth and expansion in the church, country conquests, and monarchical reigns. The three-round championship will cover disciplines such as math, science, English grammar, history, Latin and geography.

In his spare time, Joshua enjoys enjoys playing baseball and basketball and watching football.  When he has a few moments to himself, Joshua can be found reading, assembling Legos, coloring, and running around outside with a sibling.

Becca Perry says her son’s favorite subjects are geography, history and math, “but having outdoor recess with neighbor friends often highlights his day,” she added.