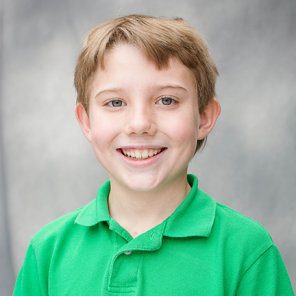 Orlando, FL—An Orlando fifth-grader will embark in less than three weeks on a voyage to become a national memory champion and earn a $10,000 grand prize.

Timothy Tarter, 11, of Orlando, is one of 16 finalists in the National Memory Master competition. On May 2 Timothy will compete in three rounds of academic memory testing during a five-day cruise to the Bahamas aboard the Carnival cruise ship Victory. Each of the finalists received two free tickets to the cruise and $800 in traveling money.

“I am honored to have been selected as a NMM finalist because the competition was very strong, Timothy said.  “I’m looking forward to meeting everyone on the cruise.”

The 16 finalists have already been through a rigorous series of local and regional competitions to reach the finals. Timothy’s presentation to qualify as an NMM finalist focused on a major theme in the story of the Middle Ages and the Renaissance—the struggle between man’s desire for security versus his desire for freedom.

The son of Sean and Ashley Tarter, Timothy has participated in the Classical Conversations community that meets at the First Christian Church in Orlando for the past seven years and has been a National Memory Master for six years in a row. Timothy enjoys playing tennis, Lego robotics and playing with Nerf guns.