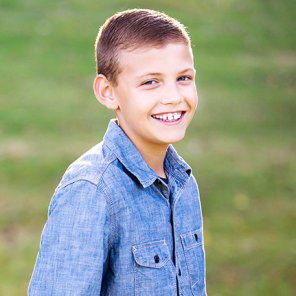 Pearland, TX—A Pearland fifth-grader will embark in less than three weeks on a voyage to become a national memory champion and earn a $10,000 grand prize.

Elijah Bonow, 11, of Pearland, is one of 16 finalists in the National Memory Master competition. On May 2 Elijah will compete in three rounds of academic memory testing during a five-day cruise to the Bahamas aboard the Carnival cruise ship Victory. Each of the finalists received two free tickets to the cruise and $800 in traveling money.

“I’m so honored that I was chosen as a finalist,” Elijah said. “I am excited to go on the cruise and meet the other amazing kids who will also be in the competition.”

The 16 finalists have already been through a rigorous series of local and regional competitions to reach the finals. Creativity is encouraged in the competition, and Elijah turned his presentation into a one-man drama of two boys dialoging in the backseat of a car on their way to CC.

Elijah plays football and runs track for teams in Pearland. He said he enjoys all sports, reading, acting and being with his family and friends.  His family attends Antioch Community Church Houston where his father is employed as the family pastor.