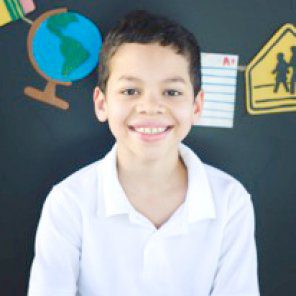 Santa Clarita, CA—A Santa Clarita fifth-grader will embark in less than a week on a voyage to become a national memory champion and earn a $10,000 grand prize.

Christopher Rodriguez, 11, of Santa Clarita, is one of 16 finalists in the National Memory Master competition. On May 2 Christopher will compete in three rounds of academic memory testing during a five-day cruise to the Bahamas aboard the Carnival cruise ship Victory. Each of the finalists received two free tickets to the cruise and $800 in traveling money.

The 16 finalists have already been through a rigorous series of local and regional competitions to reach the finals. Christopher’s presentation to reach this point was a first-person account of European history during the Middle Ages from the perspective of Charlemagne.

The three-round championship will cover disciplines such as math, science, English grammar, history, Latin and geography.

“Christopher is super committed to NMM and loves the challenge,” his mother said.  “Obviously, he is great at memorizing and is an enthusiastic learner. He is a taskmaster and has successfully learned to set goals by breaking things down into doable daily pieces.”

CC provides resources, guidance and a community for a home-school curriculum using classical education in three developmental stages: grammar, dialectic and rhetoric, and taught from a Christian worldview, according to its founder, Leigh Bortins. She says CC supports homeschooling parents by cultivating the love of learning through a Christian worldview in fellowship with other families. She believes there are three keys to a great education: classical, Christian and community.

Started in 1997 and headquartered in West End, North Carolina, CC is a family-owned company that provides services to almost 1,900 CC communities around the world. For more information, visit www.classicalconversations.com.