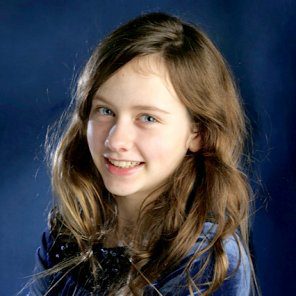 Vancouver, WA—A Vancouver sixth-grader will embark Sunday on a voyage to become a national memory champion and earn a $10,000 grand prize.

Hanna Tully, 11, of Vancouver, is one of 16 finalists in the National Memory Master competition. On May 2 Hanna will compete in three rounds of academic memory testing during a five-day cruise to the Bahamas aboard the Carnival cruise ship Victory. Each of the finalists received two free tickets to the cruise and $800 in traveling money.

The 16 finalists have already been through a rigorous series of local and regional competitions to reach the finals. Hanna’s presentation to reach this point in the competition was a history story presented as a TV news show called “Blast Through the Past.”

“I’m so thankful that the Lord has blessed me with this opportunity,” Hanna said. “It’s a great way to finish Foundations before I start Challenge next year.  I still can’t believe it! I’m excited for the challenge of the competition, but can’t wait to meet others who love CC as much as I do!

The National Memory Master competition is hosted by Classical Conversations®, a classical education resource used by homeschoolers in all 50 states and 14 foreign countries.

Classical Conversations now has more than 93,000 students enrolled in its tutoring programs.

History and Essentials of the English Language are Hanna’s favorite CC subjects. In her free time her interests include ballet, piano and reading, and she also loves sewing, especially doll clothes.