Against the “Sovereign Self” 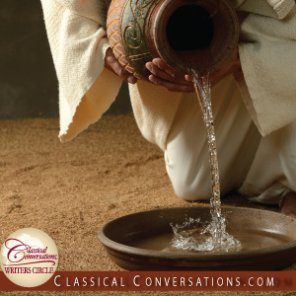 The rise of the sovereign self  has become foundational for two sociopolitical systems presently deemed most worthy in modern societies: modern democracy and modern consumer capitalism. However, for these systems to be beneficial, they must rely on a sovereignty of the self exemplified by the ability to rule oneself properly. We now live in an age (equally created, perpetuated, and exacerbated by the rise of the sovereign self) in which the very idea of proper behavior has been called into question and, for the most part, jettisoned. It may be that democracy and capitalism, regardless of their strengths, now fueled by moral relativism and a profound ignorance of the past, will become the two most powerful tools of our own destruction, wreaking havoc on all that is noble and good.

How we, as a society, have chosen to educate ourselves is fundamental to this predicament. By shifting from the prescriptive to the descriptive, from the normative to the analytical, we have given increased power to transform the natural world into the hands of untransformed man, and we have elevated cultural relativism to an unquestioned supremacy in an age of increasingly dubious and tribalistic sub-cultures. In fact, descriptive education leads to the de-transformation of man and to the removal of all institutions that might shore up virtue. Man, given his natural tendencies, thus slides back into the baser aspects of his nature.

What is this sovereign self? Before we seek a definition, we must recognize that in a very real sense we are truly free of each other. My life is ultimately my responsibility in terms of my choices and my moral standing. Though we are social creatures and must live our lives in relation to each other, each of us must come to terms with our own, unique, individual selves. And yet, though we are ultimately, existentially free of each other, we are not free of God. I cannot escape God. I must come to terms with Him. And in doing so, in taking God seriously, I am thrust into the true nature of freedom, that is, the choice to love. I become, in a very real sense, inextricably tied to others, to my neighbor, even to my enemy. In my freedom I become a servant. Such a servant is a man with a heart and soul, a man with the opportunity to embrace his nobility. The sovereign self, however, follows a radically different agenda. Seeking to be completely free, modern man reduces God first to a watchmaker, then kills Him, then worse yet, makes Him into a useful myth. Man is now free of God, except that now he assumes God’s place. For all its freedom the sovereign self has only two options available: the tyranny of might and the tyranny of relativism. So-called enlightened societies are quick to point out the wickedness of mightful tyranny but relish the false promises of relativism.

What are the philosophical characteristics of the sovereign self? Among many, here are several:​

■ Ontological anti-realism: A belief in no objectivity regarding the existence and nature of anything. Many different ontological frameworks produce a constant interplay or flux of multiple “realities.” Ultimate questions of the nature of reality are thus unimportant. Individuals create their own realities. Even gender is largely ephemeral and personally transmutable.

■ Epistemological skepticism: Truth cannot be known. What is true for you is not necessarily true for any other. Thus one only has one’s inner impulses, one’s personal desires of the moment, for determining what is true.

■ No moral order: There is no objective morality bound to something beyond itself. There is a multiplicity of moralities and none are objectively more true than any other. Individuals must arbitrarily choose either an ordering moral system (e.g. religion or pragmatism, etc.), or find morality in a vague inner voice. In short, we are all (and merely) individually embodied subjective moralities.

■ Beauty is a matter of personal preference: We cannot say beauty is truth and truth beauty, for there is no truth apart from what is true for oneself. Thus beauty can only be personal preference. That anything can be broadly understood as beautiful is a coincidence of history, cultural programming, and perhaps some quasi-Jungian collective unconscious.

■ All authority is inherently dubious: Established authority, i.e. any social or religious order, is questionable (and likely evil). One must embrace a suspicion of authority. A kind of personal soft-anarchism—free of political structures, economic responsibility, and objective morality—is the mode du jour.

■ Culture is tyranny: Culture is authority and a form of violence. What has come before may be historically interesting, but should be understood as a kind of tyrannizing power over the powerless. One must throw off (or not buy into) the cultures of the past and one must create one’s own culture.

It must be stated that, while many live and breathe these characteristics, few are able to articulate them. Most of us tend to operate at an uncritical level and would be hard-pressed to define the parameters of our worldviews, or to find the language necessary to speak coherently about them.

What are the values of the sovereign self? Among many, here are several:

■ A lack of a moral imagination beyond personal preference: Traditional questions about morality, and even about what constitutes a moral question, leave many modern people nonplussed. If morality is purely personal, there is no need to struggle with the kinds of moral questions that have challenged the great thinkers through the ages.

■ Delayed adulthood: Particularly in affluent societies where one’s survival is largely taken for granted, there is little requirement to grow up. Consequently men (it is mostly men, but women too) remain adolescents. Thus relationships are entertainment, parenting becomes a game, and the challenges of responsibility are uninteresting.

■ Communication is only for getting along or for pleasure: The great gift of communication, whereby men can sharpen each other and together pursue truth, is set aside for the more immediate desires of personal peace and good times. Communication, thus, becomes guided by a selfish pragmatism and a falsely moralistic utilitarianism. Communication becomes only a tool to shape the world according to one’s individual desires.

■ The necessity to acquire: The sovereign self has become the sovereign consumer. We have market driven cultures, market driven classrooms, and market driven churches. The consumer drives the content and experience; content and experience are no longer driven by the statesman, the teacher, or the pastor. In the act of acquiring, one is no longer condemned to be free, as the old existentialists claimed (for example, Sartre); rather one revels in the continuous possibility of one’s relationship to the market. Buying (or not buying, as does the modern ascetic known as the minimalist) marks one’s territory and defines one’s self.

■ Fluidity of time/fluidity of relationships: Individuals, by using technology to live a more non-planned/non-scheduled life, create more convenient and “in the moment” relationships. Naturally, these relationships are also less “solid” or substantial. Additionally, always being “connected” creates a sense of not being alone; the problem of loneliness is “solved” and ennui is kept at bay.

Much more can be said, and said better, about the sovereign self. But one can see the influence of this multivalent way of thinking pervading the world in which we live, including the realms of politics, religion, and education. All of us in modern post-industrial societies are pressured to think this way. We have to work hard to follow another path. It must also be said that the sovereign self is primarily characterized by a profoundly ironic inability to rule oneself. Both the inherently faulty first principles as well as the inevitability of perverse outcomes secure that in one way or another the sovereign self is, in fact, a dethroning of man from his glorious place over creation. Sin plays no small part in this.

In times past people tended to believe there was a shared reality, that creation indicated the existence of a living logos in it and behind it, that morality extended from a transcendent origin, and that man had a nature. Therefore, man believed truth existed, could be known, could be communicated, and that man was beholden to the truth. With confidence cultures were created, traditions promoted, and ideals held up. The sovereign self has no need of all that. By definition, in fact, it must reject it.

Christian classical education stands in contradistinction to the sovereign self, its philosophical characteristics, and its values. When we teach our children in light of Christian classical principles we are building a bulwark, however small and precious, against the corrupting influence of the sovereign self and its enticing claims. Whether we feel it or not, in humble ways we are shining lights into the darkness.