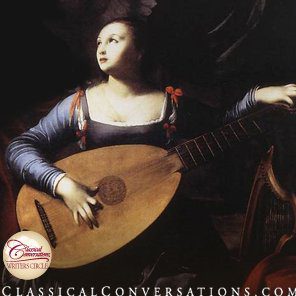 Are you musical? What a question! And the answer will affect so much of what we consider our children and ourselves capable of, much less what we are willing to attempt. As you might have guessed, I suspect that far too many of us consider ourselves unmusical—or maybe I should say amusical—than is really true.

Aaron Copeland, a great musical theorist of the twentieth century writes it this way, “If you can recognize a tune or melody, then you CAN be musical.” To word the question in this way, at least from a grammatical perspective, implies that there are some who can be musical and some who cannot. If we really consider what he is saying, though, we will find he is being much more inclusive than we generally expect.

We use the phrase “tone deaf” to describe people all of the time. What we mean when we use those words is that there are people who cannot match their voices to the tones they are hearing. Tone deaf, however, actually means that you cannot recognize the differences in tones. It means you would be unable to recognize that your mom and your dad have different voices, that one song is different from another, or that the person speaking just asked a question rather than made a statement. Such tone deafness does not exist. In other words, everyone who is capable of hearing sound is capable of recognizing a tune or a melody, and that means that everyone is capable of being musical.

I really have to thank Caleb Skogen and the Mandala Fellows for this thought. Recently, I had the opportunity to sit in on one of their music philosophy discussions. The information rendered in the previous paragraphs recaps part of their conversation. We are all, with the exception of certain handicaps, capable of being musical because we are all created in the image of a musical God. The only difference is that some of us may have to work harder than others at being musical, either because of our environments or our natural gifts. We are all, however, capable of the hard work that would make us musical.

So let us not be too quick to label one another or ourselves as tone deaf. Let us be willing to put forth the hard work, or encourage our children to put forth the hard work, to develop musicality. In this way, we can more fully develop our likeness to our musical God in whose image we were created, and we can celebrate one important fact: of the 30,000 cultures having individual languages, only 10% of them have a written language while 100% of them have music.