Does Anyone Know How to Think Anymore? 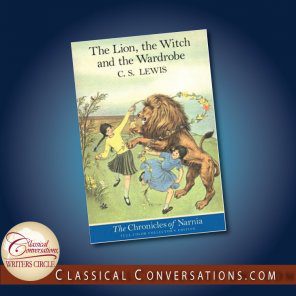 One of my favorite scenes in C.S. Lewis’s novel, The Lion, the Witch and the Wardrobe, takes place when Peter and Susan have become concerned about the fantasy world of Narnia that their sister Lucy claims to have entered. They meet with Professor Kirke to get some advice. Here is a very rough paraphrase of his words: “There are only three options here. Either your sister is a liar, or she is insane, or she is telling you the truth. You’ve told me that she does not have a history of lying. Anyone who looks at her can tell she is not insane. You should, therefore, consider the option that she is telling you the truth.” Then he adds, as an exasperated aside to himself, “Don’t they teach logic in schools anymore?”

The answer, of course, is that we do not teach logic in the modern school. As a culture, we are not as interested in teaching people how to think as we are in telling people what to think. If we were to give this attitude a name, (picking up on the idea that something which is not moral is referred to as “amoral”) such a modern-day course might be titled something along the lines of “A-logic 101”: let us (the government, your teachers, your newscaster) do your thinking for you. It is so much easier.

All men are mortals

Socrates is a man.

Therefore, Socrates is a mortal.

The answer is, we will use it everywhere and all the time, and in many ways; for example, in our daily lives we constantly observe things and classify them into categories that make organizational sense. So we need to learn how to think and to train our children how to think. Formal logic trains us to do just that: to think slowly, carefully, deliberately, and accurately. This should offer us a welcome change from the television news in which pithy sound bites encourage us to think quickly and shallowly—or rather, to make decisions without thinking at all.

Formal logic forces us to put things into categories. When I introduced this syllogism above in my Challenge III class, we immediately embarked on a lively conversation. What else belongs in the category of mortals? Animals? Yes. If so, then how are they different from men? Do angels belong in this category? No. If so, then how are they different from men? Then, someone suggested that we write a syllogism about angels being eternal. Since angels are created beings, this, of course, is not true, so we had to think about the differences between being eternal and being immortal. We had to come up with precise definitions of each of those terms.

This is my third year tutoring Challenge III. Each time I cover this material, I am astounded as I watch students come to life during logic class. They often tell me it is their favorite course. Far from the stereotype of a dry class with students sleeping in the back, my students are fully engaged. They cannot wait for a turn at the whiteboard to put their flood of thoughts into a structure, a form, so that they can evaluate whether or not they are thinking correctly.

In my first class this semester, I decided the students should consider why they should study logic. I find that older students must have a reason for their studies before they will buy in. (This need to know the “why” first is what differentiates children who are in the dialectic and rhetoric stages from children in the grammar stage.) They need to see the end goal. So, in our first session, we considered the arguments of C.S. Lewis, who was himself steeped in formal logic. In Mere Christianity, he offers his famous “trilemma” to counter the arguments of unbelievers who want to deny Christ’s divinity yet call Jesus a good, moral teacher. Lewis claims that there are only three real choices available when one considers Christ’s claim to be the Son of God: either Jesus is a liar, a lunatic, or he is indeed the Lord. His reasoning goes thus: If Jesus claims to be the son of God but knows that he is not, then he is a liar—in which case unbelievers cannot call him a good moral teacher. If Jesus believes he is the son of God but is not, then he is a lunatic (in fact, Lewis forcibly states that he is a lunatic on the order of a man who believes himself to be a poached egg). Once again, Christ cannot be both a lunatic and a good moral teacher; to make such a claim would be ridiculous. Therefore, by following the rules of logic and using the simply strategy of the process of elimination that we apply all the time in our daily lives, we arrive at the only possible conclusion: Jesus is who He claims to be—the Lord.

How was C.S. Lewis able to effectively squash the arguments of his opponents? He had years and years of training in logic.  While we don’t expect our students in Classical Conversations to walk around speaking in formal syllogisms, we do expect them to practice formal logic over and over until it becomes second nature as it was for Lewis and other thinkers like Thomas Aquinas. The only way to accomplish this is to repeatedly practice forcing their thoughts into a certain form and to memorize the rules of logic so that they are prepared to counter the arguments of others.

Scripture tells us, “See to it that no one takes you captive through hollow and deceptive philosophy, which depends on human tradition and the basic principles of this world rather than on Christ” (Col. 2:8). My students came up with many other Scriptures to support their study of logic. How many can you find?

By teaching formal logic, we ensure that no one takes our children captive through bad reasoning. Then, through the study of rhetoric, we will teach them to release others from captivity with the soundness of their thoughts and the beauty of their words.