Even Greater Gratitude: A Fable 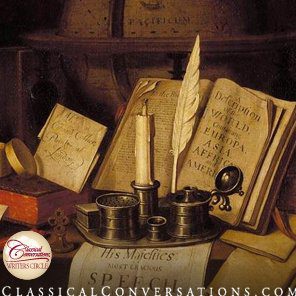 This fable came to my mind early one morning. It articulates, through symbols, a few of the things I think are true about the world. What emerged proved apropos to the Thanksgiving and Christmas season. One of the primary things this fable concerns is reading good books of the past. It does not intend to say that all books of the past are good, but, rather, that whatever is good in them is always inherited (from God, from nature, or from man), which is why they should be received with gratitude. – Tobin Duby

When the gods were new they walked the earth in wonder. From dust they had been called forth, and on glorified dust they cast their eyes—mountains, trees, globes of earth and stone compounded to form worlds: all were dust, christened and given form by the Creator. The gods were likewise dust, gifted not with form only but with eyes to marvel at all that had been formed.

They made the earth their home, taking delight in the warmth of the sun and the coolness of the grass, taking pleasure  in the very fact that they had been made to take pleasure in these things.

And lo, the ungrateful one found fury to be no pleasure at all, but rather a pain, a hungering, and a wearying of his soul. He gloried in this new sensation, so unlike the gifts of Him whom he hated, and  vowed to feed it within himself always, for he thought in the counsels of his heart that fury was not among the Creator’s gifts, and that He could, therefore, bring nothing out of it.

Moreover the ungrateful one hated all that had been formed, for though he hated all that was in himself, he was great in his own eyes, and therefore hated all  else for being other than he was. So he sallied upon the earth, for it pleased him that others might give up the Creator’s gifts as he had. Making himself appear wise with subtle counsels, he deceived the gods and pricked the earth, and envenomed it with his hatred.

The children of gods that were born after this were the mortal Titans—not so beautiful, nor so strong, nor so noble. They fought against one another, and although the ungrateful one could not make war against Him whom he hated, he had brought war into the world. The gods wept and despaired to see their race thus ruined, but the ungrateful one pointed to all he had wrought and screamed his exultation at the sky, “See, I have turned the creation against itself. I defy Thee, in whom I have not believed.”

These tainted children begot children, and those children begot children, and each generation delighted more in wickedness than the last. The cities they built were rough and ugly, like sores broken out from the sickness of the earth, and they devised weapons of war. Always the ungrateful one urged them on secretly and invisibly, believing  that if enough partook of his hatred with him, then the Creator might at last be no more. But the ungrateful one was mistaken, for fury and all things are part of His creation, and are fertile with the seeds of it.

So it was that as mankind (for such the gods came to be called in their latest generations, their strength being sick and wasted with their own evil) founded empires and built cities, even their wickedness was shot through with the light of a Creator they knew not, and they did all within the very hands of Him who was too vast for them to see. And even as the ungrateful one shrieked his triumph, the Creator’s answering silence seemed to him more terrible than His hated voice, for it boded that the Creator kept some secret.

And lo, cities of men grew, and crumbled, and were forgotten. Kings set up monuments to their own names, and these were forgotten. Mankind shed blood for lands and wealth, and these were lost and forgotten. But fathers sang songs to their sons, and the sons set marks on clay, and on stone, and on paper, and these were remembered, being monuments incorruptible, set in time.  Thus man’s curse of mortality gave Posterity, and Tradition, and Heritage to mankind. In these things mankind was granted an immortality of a greater kind even than that possessed by the gods, for though single men fought and died just as the Titans had fought and died, the sayings of men outlived them all and mankind died not, being kept alive by veins that flowed with words.

It came to pass that the written word spread upon the earth, growing ever truer and more beautiful. And as the sayings of men endured on the earth, they were being ever transmuted by the light, dim but inextinguishable, that had permeated all things before hatred’s venom. And though mankind was consumed with wickedness, yet wickedness could not consume the gift that was Creation.

The ungrateful one raged that the written word should so fill the earth, so he taught men to write artlessly. Yet, by the handling of words, even such as these were being ever purified, so that they grew rather than decreased in skill, and the ungrateful one shrieked and gibbered.

From their high and lonely retreat the gods saw the creature, man, so unlike the Titans who had fought and died and been no more. They praised the Creator for His inexorable purpose, and they humbled themselves for the thanklessness of their despair, and they learned even greater gratitude than they had known at the beginning.

From their high and lonely retreat the gods descended to walk the earth again, this time softly and in awe of a new and more beautiful creature to love and teach in quiet voices.