How Revolutions Affect the Way We Teach 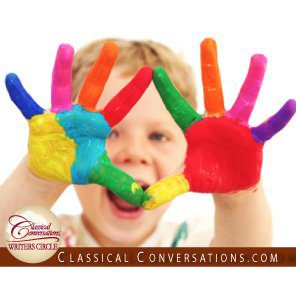 However, the Age of Industry did far more than usher in factory production of goods. It also ushered in factory production of humans. It was during the Age of Industry that schools began populating cities and the countryside, near their factory counterparts—often similar in appearance to a factory—and began mimicking the model of factories. Grade levels became stopping points along the assembly line. Letter grades were given, imitating the letter grades given to beef—think about that the next time you purchase a pound of Grade A beef! Teaching was managed the same way factory production was managed and with the same goal: consistency in production! No more the individuality of handwoven garments; no more the individuality of home-educated children.

When we think about the education offered today, we often compare it to this industrial model of education. This estimation, however, may be less than accurate, and it can be a straw man at times. This is because another revolution has taken place, especially in America. Our economy is not as industry oriented as it was at the end of the nineteenth century and beginning of the twentieth. Today, we are far more consumer, service, and technology oriented in our economy. This new revolution has affected education in our day just as the industrial revolution did in its day.

The Age of the Consumer has ushered in the exaltation of choice. Consumers choose between this technology and that, this service and that, Pepsi or Coke, Republican or Democrat, pop music or country, and so on. Modern education has followed suit. Gone are the days of a set curriculum, modeled on something like the Trivium which students needed to learn to be free human beings. Education has become a smorgasbord of elective, cafeteria-style choices. The university model, whether it is examined at the university level or as it has made its way into private schools and homeschool co-ops, feeds this same appetite. Parents and students pick what they want to learn, like consumers at the grocery store. The body of knowledge that is required for learning continuously shrinks. Even what remains is reduced to a variety of choices within a given subject.

The agrarian model, moreover, acknowledges that education is nurturing and formative. It takes time and good practices to ‘train up a child in the way he should go’ (Proverbs 22:6, KJV), just as it takes time and good practices to nurture a tomato plant to fruitfulness. Classical education also acknowledges the individuality of a child. While there is a body of knowledge, a curriculum (the Seven Liberal Arts), that must be learned to raise free human beings, ample room remains for educating children according to their own strengths and weaknesses—so that education is a discipling of the child, rather than a competition to create the best new product. This last point is especially poignant to remember. We must ask ourselves whether we are educating our children for heaven—discipling the child—or educating them for Harvard—creating the best new product for Harvard to buy. C. S. Lewis reminds us that when we aim for heaven we get the earth thrown in and when we aim for the earth we get neither.

We, as parents and as a nation of educators, have allowed ourselves to be susceptible to the tyranny of the now. We need to be called back to reflection on and contemplation of the timeless. Classical education is timeless, as is the agrarian model, and it will help us to locate ourselves in the story God is telling. From this vantage point, we are in a better position to know God and make Him known.

1 It is Card 106 in the New World pack of Classical Acts & Facts History Cards.