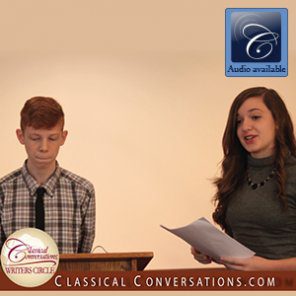 Particularly in the midst of a heated U.S. presidential election season, it’s difficult to make the case that debate, as we know it today, is a constructive endeavor. I say that despite—or perhaps because—I debated competitively in high school. My debating experience gave me skills in research, logic, critical thinking, formal etiquette, and public speaking, as well as a lifelong attentiveness to public policy issues and current events. I value debate for that reason. In fact, I value it too much to be satisfied with the conflict-driven metaphors and bad examples that have left many of us confused about why debate is a valuable skill at all.

Over the past year, as Classical Conversations has worked to develop much-needed resources to help novice directors, parents, and students approach the unfamiliar vocabulary and structure of formal debate, my colleagues and I have engaged in spirited discussions about what debate is and why we study it. Our discussions have led me to identify one of the most important lessons as the ability to make difficult decisions and judgments in light of competing evidence and opinions. Faced with complex decisions, we need to be able to gather information, assess the strengths and weaknesses on both sides, and hear persuasive arguments; but, ultimately, we must choose a course of action, just as students who wish to attend college must, at some point, call the research “done” and choose a destination. Likewise, the journalist must, at some point, call the investigation “done” and begin to write. Debate provides practice in this vital skill.

As an ideal, this argument speaks strongly in favor of studying debate, but what really happens when young adults attempt debate for the first time? Competition comes readily to many, as it did for me. Wrestling with an idea is difficult; wrestling with another human comes naturally.

The result is often that we arm our students (medieval knights) with metaphors designed to fuel (bonfires) their competitive natures, thinking this will inspire good clash (jousting) and sharpen their skills (knives). We tell stories about a conflict of ideas, in which each side looks for chinks in the other team’s armor. Sometimes these combat-centered metaphors and analogies produce the intended outcome. In other cases, they have the opposite effect: in the shy or reserved, thinking about debate as a fight can produce anxiety; in the competitive, it can feed a desire to win that surpasses a desire for truth and love of one’s neighbor.

I have used those metaphors and analogies, too, when coaching debate, and I don’t discount their value. Some arguments are more like a battle than anything else. As a starting point, however, or as a basic assumption, this explanation of debate leaves little room for compromise or humility. Presenting a position with which you disagree is foolish, and admitting your own error is frustrating if your goal is victory. Learning from mistakes will almost always take a back seat to defeating the other team or speaker. The persuasiveness of an argument has a tendency to overshadow its claim to truth.

Let’s follow the metaphor to its logical conclusion. Ultimately, if debate consists of two fortified outposts exchanging flaming arrows across a chasm they have declared insurmountable, the end result is likely to be mutual destruction.

What if debate could tell a different story?

Picture a tall building with a long history. The front steps were built decades ago. The foundations were laid not longer after the founding of the nation. This house has withstood storms, sheltered families, and suffered disrepair. There are cracks in the exposed woodwork, and there is mold on the ceilings. The city has grown up around this building and the community is responsible for its maintenance. It’s difficult to say at this point whether the building should be repaired or completely rebuilt.

Both inspectors care deeply about the fate of the old building. It has a long and respected history in the community. Both seek a responsible decision that will sustain the occupants for years to come. So, they conduct stress tests, consider flaws, and exchange observations. They walk around the building together, studying it from all angles as they prepare their proposals for the city council. Their final reports will follow the same form and discuss the same structural elements, for ease of comparison. They want the two presentations—one urging caution, the other, proactivity—to be equally strong. After all, the council needs thorough information about both options in order to make the best choice.

No metaphor or analogy is perfect, but this one helps me explain formal debate as a constructive, rather than a destructive art. It also connects debate to the other forms we use to assess and refine ideas—such as sentence diagrams, persuasive essays, Socratic dialogues, logical syllogisms, science lab reports, and mathematical proofs.

Just as an interior designer, an engineer, a historian, and a landscaper might give different assessments of a historic building, so, too, each of these academic forms helps us refine and propose truthful, purposeful, eloquently expressed ideas that guide us toward wise decisions and right actions, as we seek, ultimately, “to do justice, and to love kindness, and to walk humbly with [our] God” (Micah 6:8, ESV).