Memoria that Makes a Mark 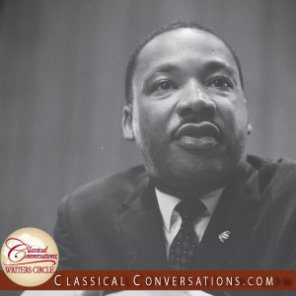 In April of 1963, Dr. Martin Luther King was arrested for participating in a protest march that was part of an effort to end segregation in Birmingham, Alabama. While he was in jail, someone brought him a copy of a newspaper which contained an open letter from a group of local clergymen. The letter questioned the timing and methods of the civil rights demonstrations. Dr. King began writing his now famous response to that letter on the margin of the newspaper in which it was published. Later, his attorney convinced the local jailers to allow him to leave Dr. King a legal pad on which he completed his writing.

If you have never read “Letter from a Birmingham Jail,” you have missed a gem. What is so impressive about it is not only the message that it communicates (although it is an important one), but also the structure of the letter itself, and the circumstances under which it was written. He was in jail. He had no reference books, no encyclopedia, no library, and no Internet. He had no resources except paper, pen, and the mind that God gave him. Yet, when you look closely at the letter, you will see an excellent example of a classical persuasive essay. When communicating their message, classical rhetoricians commonly utilize the five common topics of invention, the five canons of rhetoric, the three modes of persuasion, and various rhetorical devices including simile, metaphor, parallelism, asking questions, and others. In this letter, Dr. King employs all of these techniques to great effect.

Let’s take a closer look at his use of a few of these elements. The five canons of rhetoric—invention, arrangement, elocution, memory and delivery—outline the necessary steps in crafting a persuasive essay or speech and were first codified in classical Rome. King’s practiced and appropriate use of the five canons of rhetoric is plain in the composition of his letter. He invented (thought of) the ideas, arranged them using classical form, and edited the letter for final publication (elocution). He also used the canon of memory very effectively as part of his elocution process, and he completed the cycle by publishing the letter (delivery).

As King considered the arguments of the local clergyman and began to construct his response, he demonstrated a strong command of the five common topics of invention—definition, comparison, relationship, circumstance, and testimony. The exact method that King used to think of ideas is lost to history. Given the circumstances under which the letter was written, I suspect that most of the ideas were the result of divine revelation, as he sat there reading the newspaper, and thinking of how he would respond if he could but speak to these gentlemen in person. (Keep in mind that his thorough classical education provided fertile ground for the seeds of inspiration to sprout.  As Thomas Edison said, “Genius is one percent inspiration and ninety-nine percent perspiration.”) But we can see a few of the bread crumbs that he left behind. For example, he uses definition when he explains who and what the Southern Christian Leadership Conference is.  We see evidence of the use of the topic of relations, as he discusses a list of events that led up to the demonstrations. He also makes liberal use of the topic of authority, as he cites several historical examples to strengthen his case. The topic of comparison is evident in his comparison of just and unjust laws, and when he compares the pace of political progress in America to the pace in Africa and Asia. And of course, the topic of circumstance is his impetus for writing the letter in the first place.

Dr. King’s intuitive understanding that his letter needed to be both winsome and persuasive, and that he needed to appeal to more than one aspect of the character of his audience is demonstrated throughout the piece by his inclusion of ethos, pathos, and logos in his letter. The opening of the letter shows ethos, as he states, “I am here because I was invited here. I am here because I have organizational ties here. But more basically, I am in Birmingham because injustice is here” (King ¶2, 3). Therefore it is right for him to be there. Logos is also distinct in several places in the letter. For example, he cites the argument of the clergymen that they deplore the demonstrations taking place in Birmingham. But, he points out, their statement “fails to express a similar concern for the conditions that brought about the demonstrations” (King ¶5).  Their logic is flawed because, had the injustices been dealt with appropriately, the demonstrations would never have taken place. One of the most effective sections of the letter is when he employs the mode of pathos. His explicit descriptions of the effects of racist acts are heart-wrenching. By using all three classical modes of persuasion, Dr. King hoped not only to change the minds of his readers, but to compel them to action.

Dr. King is famous for his effective use of schemes and tropes, and this letter does not disappoint on that score. In fact, one of his most memorable quotes originates from this letter. “Injustice anywhere is a threat to justice everywhere” is an example of the scheme of epistrophe (repetition of a word or phrase at the end of a line). His use of anaphora (repetition of a word or phrase at the beginning of a line), in which the phrase “when you,” is repeated, is particularly arresting. A reader might begin the letter by feeling himself disconnected and unaffected by the acts described, but by the time the phrase “when you…when you…when you…” is reiterated multiple times, the reader can no longer deny the common humanity that joins him inextricably to the victims.

Returning to the five canons of rhetoric, Dr. King’s use of the canon of memory is particularly remarkable. Rather than using it to memorize his persuasive composition after it was written, as it is more traditionally employed, he instead used it as part of the process of invention. Remember, he had no texts available for reference as he wrote. He crafted his writing based solely on what he had already learned. He referred to many, many historical authorities as he wrote, including the Apostle Paul, Socrates, Reinhold Niebuhr, St. Thomas Aquinas, John Bunyan, and several others. He also used the canon of testimony by referring to the Bible and the writings of other great authors. And he remembered all of this while sitting in a jail cell with nothing to do but, “write long letters, think long thoughts, and pray long prayers” (King, ¶ 48). He had accrued a rich storehouse of schema from which to glean in this crucial time.

By the time students reach high school, they have usually outgrown the zeal for memory work that comes naturally to younger children. However, as Dr. King’s experience demonstrates, it is important that they continue to practice this critical skill, and to share what they have memorized with others. We want our students to practice the canons of memory and delivery, so that they will hone the skills of effective oral communication. But, more importantly, we want them to memorize important information and beautiful language so that they can draw on them later as they begin a new invention process.

Our aspirations for our students exceed our desire for them to learn to write proficiently in order to score well on college entrance exams and get a good job. We endeavor to train the next generation to think clearly and communicate effectively so that they can impact the world for Christ. This is what Dr. King was able to do with the skills he acquired over the years. My prayer is that, like King, our students will use what they learn to leave a lasting mark for the Kingdom of Christ.