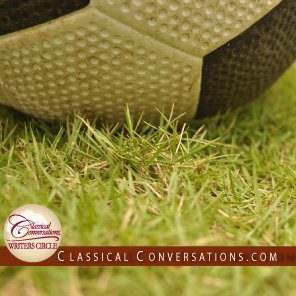 We helped some friends of ours find a private college for their son a couple of years ago. I helped negotiate a deal with the Vice President of Enrollment. The school agreed to accommodate the amount the parents were able to spend. All that was left to do was get the two parties together.

Shortly after, I was surprised to learn from the family what a huge factor a one thousand dollar soccer scholarship had been in putting ink to paper. We knew in advance what the college’s published costs were. We knew how much would be discounted from that price to make it possible for their son to go there. Neither of those factors changed, but the college became a lot more appealing to the family when one thousand (roughly one-tenth) of the discount was labeled soccer scholarship.

I am not saying that athletic scholarships are never legitimate. However, there are certainly times when they seem a little like a trade-in allowance to me. When I am buying a car, what really matters is how much money comes out of my bank account to get me behind the wheel. The ancillaries, such as how much was specifically offered as the trade-in value of my fifteen-year-old Honda, are not so important.

Oftentimes, the trade-in is all smoke and mirrors. You will be offered a discounted amount of what the dealership paid for the vehicle. Some of that discount will be delineated ‘trade-in value’ on the paperwork. Ultimately, the dealership does not really want your jalopy. They want you to buy their future jalopy. It is often the same with colleges. Ultimately, the college does not really care whether or not your child plays on their tennis squad as much as they care whether or not your family is writing checks to the university. I hope this does not sound too jaded.

Many of you have invested thousands of dollars in developing your children’s recreational activities, and there is a level of satisfaction which comes from obtaining a scholarship for these efforts, but one thousand dollars is a small return on that investment. Realistically, some may feel it is a lot more impressive to tell family and coworkers that your family received a sports scholarship than an extra three percent in discount.