The Importance of Amateur Involvement in Science 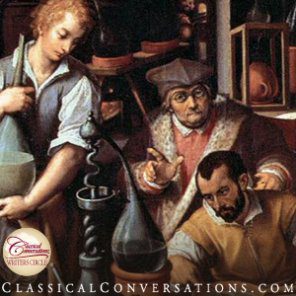 Can you teach science? Yes you can!

In the modern age, it is not only professional scientists who must engage scientific ideas. Investors must know enough science to understand and weigh the merits of technology companies in which they are investing. Public policy makers must understand and weigh the scientific merits of ideas to make appropriate policy decisions. Patients need to understand the potential risks and benefits of medical treatments. In short, science is not just for scientists, it is for everyone.

The Problem of Expertise to the Public Understanding of Science

A recurring theme in G. K. Chesterton’s works is that there are some things which everyone must do, even if they do them badly. Blowing your nose, writing your own love letters, raising your own family, and participating in your own government are all included. Regarding the English game of Cricket, Chesterton noted that the professionalization of the sport actually degraded the average Englishman’s abilities in the sport.

“It is a good sign in a nation when such things [Cricket] are done badly. It shows that all the people are doing them. And it is a bad sign in a nation when such things are done very well, for it shows that only a few experts and eccentrics are doing them, and that the nation is merely looking on. (Chesterton, “But Waterloo was won by bad cricket players.”)”

In the same way, the over-professionalization of science has resulted in the decline of the ordinary person’s ability to participate in science, precisely at the point in history when it is pertinent everyone have a general understanding and participation in science.

We have reduced ourselves to merely onlookers, spectators, and/or consumers of science. Few non-experts would know how to setup an experiment, or even judge an experiment’s worthiness or aptness to the question it is trying to solve.

Some believe that the solution is to invoke the mantra of “leave it to the experts.” For instance, many medical authorities are horrified that people are using Google to search for better remedies for their maladies, or to judge the efficacy of their doctor’s prescribed treatments. They are terrified that people are getting bad information, and are making inappropriate decisions. They believe that only board-certified experts are qualified to make decisions about health, even when it was your health. This is reminiscent of Chesterton’s remarks about sports:

“The difficulty is therefore that the actual raising of the standard of athletics has probably been bad for national athleticism. Instead of the tournament being a healthy melee into which any ordinary man would rush and take his chance, it has become a fenced and guarded tilting-yard for the collision of particular champions against whom no ordinary man would pit himself or even be permitted to pit himself.”

Similarly, attempting to prevent or dissuade non-experts in medicine (or any other science) from seeking information on their own is similarly bad for the overall public understanding of science.

What we need to be doing is not dissuading people from seeking their own answers, but rather teaching them to do it properly. Instead of discouraging amateurs from engaging in science, we should be teaching people how to do it appropriately. Instead of having only the experts be proficient in examining scientific evidence, we should rather educate everyone into competence in scientific ideas. Then we needn’t worry if the average person uses Google to search for ideas about treating their diseases – they will be able to research and judge for themselves the scientific credibility of whatever claim they come across.

Interestingly, this is exactly the purpose of classical education. The goal of a classical education is not to give students a predefined set of ideas and facts for them, but rather to establish a framework of learning, so that they can be able to learn anything they need to learn throughout their lives. In the same vein, we need to be teaching everyone to be competent in the scientific process (not just scientific facts), so that they can engage any scientific idea.

The Proper Role of Experts in a Republic

In an oligarchy, we allow certain people to be the authorities to which everyone else must submit. In a republic, we expect a basic competency from everyone, so that “expertise” is a matter of convenience, not necessity, or authority. In an oligarchy, only experts trained by experts are allowed to criticize the pronouncements of experts. In a republic, anyone who wants to gain competence and develop their own ideas is free to do so, and such contributions are valued by all.

This is not to say that expertise is itself bad or unvalued, but rather that it is much like the Christian doctrine of the “priesthood of the believer.” We believe that we are all equipped as God’s priests. However, we send some people to special training in theology and practical ministry, and expect them to run our Churches. It would be a mistake to dismiss what they have to say about God, theology, and ministry out-of-hand. We should acknowledge and respect the training they have received, and take their understanding as being a largely informed perspective on faith.

However, this does not give any special status to the pastor other than practical ones. If we disagree with our pastor theologically, while we should take the pastor’s view as an informed perspective, any of us are free to study for ourselves, and decide to agree or disagree, publicly or privately, though always with love and respect. Our individual study to come to our individual conclusions is a valued part of the Christian experience.

In a similar way, we must educate and encourage our children in science to avoid our culture descending into an oligarchy of influence, where only the “experts” are allowed public voice. Instead, we must each be ready to analyze, criticize, research, study, and synthesize as we have need, or as we perceive problems. To this end, the engagement of amateur science should be nurtured rather than hindered. Inquiry by the public into whatever matters they think important should be welcomed rather than discouraged. This engagement will not only bring up the general level of scientific knowledge in the culture, but will also enrich science with ideas and understandings from other fields as well.

In summary, we need to avoid being mere onlookers in science. Science should be something that everyone engages in. The classical model teaches the rules of reasoning to allow children to be lifelong learners for any subject they may need to know. Similarly, we need to educate our children in methods and modes of scientific reasoning so that they can engage in the scientific discussion over any issue that becomes important to them.

Changing the Grammar of Science

This article was written by Jonathan Bartlett and does not necessarily represent the views of Classical Conversations.