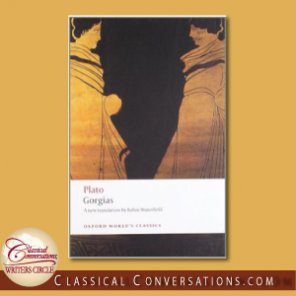 Christian scholars and educators understand that Truth is universal and transcendent. As such, we should not be surprised to find traces of Truth in pagan cultures. One interesting example is how Socrates recognized the prophetic nature of rhetoric. His conception of rhetoric is remarkably similar to what one finds in Old Testament prophetic literature.

Many Christians today picture the Old Testament prophets as fortune tellers who mysteriously predicted the future. In reality, they administered and enforced God’s covenant with the nation of Israel. Very little of what is said in prophetic literature looks forward into the distant future. The prophets are more interested in speaking truth to their own culture—meaning their writing cannot be divorced from the geopolitical and cultural concerns of their day. Their primary role was to remind the people of Israel about the blessings and curses of the Mosaic Covenant found in Deuteronomy 28.

Unfortunately, throughout the history of Israel and Judah, the chosen people risked falling into the curses on account of their disobedience. This ultimately ended in the exiles of both the Northern and Southern Kingdoms. The three main sins they committed were idolatry, hypocrisy, and social injustice.

While there are times when the prophets looked forward to future reconciliation, they deploy a plethora of literary subgenres to warn the people of their impending punishments: covenantal lawsuits, funeral dirges, laments, woe oracles, etc.

Micah 6:1-16 is a solid example of prophetic rhetoric in the form of a covenantal lawsuit. In verses 1-2, the prophet begins his case with the mountains as his witness, “Hear what the Lord says: Rise, plead your case before the mountains, and let the hills hear your voice. Hear, you mountains, the controversy of the Lord, and you enduring foundations of the earth; for the Lord has a controversy with his people, and he will contend with Israel” (NRSV).

In verses 3-12, the prophet records God levying an abundance of allegations regarding Israel’s unfaithfulness. To close this section, the prophet records the divine sentences to be imposed on the people, promising to make the nation, “a desolation, and your inhabitants an object of hissing; so you shall bear the scorn of my people” (NRSV).

The difficult thing for modern readers to remember is that the prophets mainly orated their messages. Generally, a scribe or disciple would be the one to collect their sayings in written form. As such, the messages of the prophets need to be understand as rhetorical acts. Their purpose was to get the people’s attention and cause them to turn from their wickedness and repent. They are not so much retributive as corrective.

However, the prophets were in an awkward position. Because of their national origin, they were committing self-incrimination. Even if the prophet was personally upright, they were members of the entity they were condemning. Nevertheless, they performed their prophetic office precisely because they saw the urgent need for reform.

Interestingly, in Gorgias by Plato, Socrates assigns a similar function for rhetoric. To understand his argument, one first needs to understand that Socrates argues that it is worse to commit wrong than to suffer a wrong. As a result, rhetoric should be used to address the person who has committed the wrong so that justice may be achieved.

Socrates claims, “We should be the first to denounce ourselves and the people close to us, and the use of which we should put rhetoric is to expose their crimes and save them from the worst of all conditions, immorality” (480d). Though Socrates is working from a different moral system (albeit one which shares many commonalities with Christianity), in this dialogue, he implicitly recognizes that rhetoric should have a prophetic, corrective function.

The Christian understands that rhetoric is the persuasive impartation of Wisdom and Truth. Naturally, this understanding needs to incorporate and cultivate a prophetic voice. The Christian mission is to carry the Gospel everywhere. For us to carry the message of Christ to culture, it is imperative we speak prophetically.

Eastern Christianity has historically viewed sin as disease. Cyril of Alexandria taught that in the fall, humanity was diseased “through the sin of one.” Socrates has a parallel view of immorality. He argues that a guilty person shouldn’t use rhetoric in self-defense in court. Rather, they should view the judge as a doctor who can administer a cure to their sickness. They should use rhetoric to confess and plea for judgment so that “they can pay the penalty for it and get well again. From this point of view, we should require ourselves and everyone else not to flinch, but to put a brave face on it and submit courageously and fearlessly to the cautery and surgery of the doctor, as it were” (480c).

As Christians rhetoricians who engage culture, we must speak prophetically in hopes that the sick society we’re addressing can be introduced to the Great Physician.