Things Homeschooling Is Good At 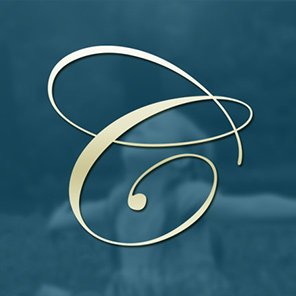 I was homeschooled until college. As some of my friends reached high school, their parents put them into the State establishment, but not mine.

My freshman year of high school we studied the War Between the States. Sophomore year, the twentieth century, and World War II. Junior year I studied literature, and wrote creatively every day. My high school years were everything I needed, and I even took the luxury of an extra one before leaving for college.

Many parents feel a pressure to place children in State schools when they near high school age. I think it has something to do with the accessibility of sports, or programs, or even socialization. I can’t speak to this decision or to the pressures that drive it because I’m not a parent of high-school age children. I can say that I turned out fine.

Here are some things that twelve years at home (with eight more hours there per day) provided me.

1) I am acquainted with many books – many more than would be assigned in the typical school course. This is not because I had extra brains for understanding them. This is not even because I had an extra-rigorous homeschool program. This is because I was instilled with the drive to seek them out. Does a public-schooled child have the time to seek out as much extracurricular reading material as I did? Yes. However, in the environment of the State school, knowledge is a thing to be worked through in order to graduate or get a job – the system very subtly teaches the student that knowledge is a hurdle. When the parents administer knowledge, on the other hand, a child easily grasps that its purpose is the same as the gifts, the spankings, the medicine, the allowance, and the responsibilities also administered by parents – that it is good for him. When knowledge is dispensed by a stranger, at the behest of other, invisible strangers in the capitol, the student has not learned that knowledge is good for him, only that it is a requirement. Do not underestimate the depth with which this doctrine embeds itself in a child. When a student falls into the habit of looking to his syllabus to see what is required of him (instead of looking at the wide world to see what is available to him) he has ceased to be a learner. The home school is an environment where knowledge is to be loved as a parent is to be loved.

2) I am socially adaptable. As a kid, in any gathering of State-educated peers who hadn’t seen each other before (Boy Scouts, volunteer workers, new Bible study) I was always the first to extend my hand and break the awkward silence. It’s not because I was gregarious. I had as many butterflies as anyone else, and what I said was usually dumb – but it got people talking. It’s because I felt like no one else would. This thought made me deeply uncomfortable as a child, and I wondered silently whether the other kids knew something I didn’t. As an adult, I am still struck by homeschooled kids’ ability to break the ice in new situations – even those who are quiet when in more familiar settings. But I’ve now come to the belief that this is normal: that it isn’t the ice-breaking that is taught to a child, but rather the ice – the fear of putting oneself forward, the desire for someone else to speak first – that is taught, subtly and relentlessly, by today’s school environment. From the structure of State school, a child learns to associate first and foremost with his grade-level/classroom/clique. He learns that some people will hurt him. Worst, he learns that curriculum and procedure are handed down by principals and experts – which models subtly but surely to his receptive mind, that “regular” people like himself and his parents are not qualified to take the initiative. The result: put most kids in America today in a situation where they feel out of place and you can see the walls go up. Rather than risk talking to anyone, they will text on their phones, stick close to the one person they know, and wait for someone else to take the lead. This comes from feelings of fear and inadequacy. I do not wait, because I do not feel inadequate, and I attribute this to a thriving relationship with my mother, my first and best teacher.

3) I am thorough. Growing up I felt, as I’m sure many homeschooled children have, that other kids didn’t care as much about getting the job done. It wasn’t their fault – I had been carefully taught to value time. The home school is (or can be) a world where the student does not evaluate himself based on a grade – it is (or can be) consequently a world where “good enough” isn’t. However, a child growing up in State school learns about time too. He sits still for many hours, under the tutelage of an adult he does not know, who is speaking on a subject the child consequently does not care about. If he does not happen upon some special educator, who teaches him to love the hour he spends with her, the value of time in his mind has been depreciated.

I paint in broad strokes because I have only experienced high school at home. Nevertheless, whether one learns at home for twelve years, or transfers into State high school, the source of all these blessings is the Home.

Ironically, public school teachers may understand the value of Home better than we do. Ask one what makes her job so hard, and, invariably, she will point to her students’ disconnection from the Home.

A student in State high school may well experience these blessings at his particular home, and he may even be blessed with skillful State-employed teachers who care about him. I have seen one young man excel in academics, and even rise to student governmental office solely based on his aptitude for extemporaneous speech: an ability he had formerly picked up in Classical Conversations. State school is not a place that destroys academic ambition. However, it is not a place which is able to teach it, either, for only the Home, an institution governed by parents, not strangers, can do this.

For me, it was during the high-school years that I most needed to be filled with the love, the love of learning, and the social confidence, which come from the Home. I had a staunch enough faith to survive in State high-school and I don’t doubt that yours do – rather I fear for a child spending eight hours a day divorced from the academic vigor and leadership which state school was never meant to provide. This whole essay can be summed up with Poor Richard’s proverb (though he was speaking of a different form of poverty): “’Tis hard for an empty sack to stand upright.”