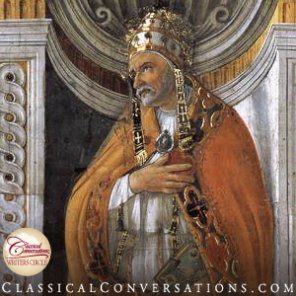 On February 11, 2013, the media announced Pope Benedict’s resignation from the papacy for “the good of the church”; this decision was contrary to a tradition of lifetime tenure for popes. The media widely reported that the last resignation recorded in history occurred during the Middle Ages, and then the media expressed questions about what this resignation could indicate for the future of the Catholic Church. The media also speculated as to whether Pope Benedict’s resignation had significance and meaning when lightning struck the Vatican dome within hours after the announcement.

Following the unique developments and the three historical firsts, I became interested and began to follow news articles. I read various quotes by the pope and others, I read heartwarming stories filled with cheer, and then I read the pope’s first speech to the media. As I pondered all of this, I developed my own list of three cheers for the pope; this was a first for me. I thought about what he could convey and model to me as a classical, Christian educator.

My list dictates three cheers for the new pope, Pope Francis: one cheer appreciates his Jesuit priesthood, one cheer esteems his emblem namesake, and one cheer treasures his appeal to media which is, by his inclusive connection, also an exhortation for Christians.

Pope Francis was first ordained as a Jesuit, taking vows in the tradition of the order. In Challenge IV, we learn in The Discoverers about the adventurous Jesuits who traveled throughout the Far East to share the gospel and engage the culture in the 1500s. The Jesuits displayed knowledge and kindness. They were studious, disciplined, and lived simple lives as part of their vows. I appreciate and cheer these attributes exemplified by the Jesuits.

Pope Francis chose his emblem namesake in honor of St. Francis of Assisi, who was known to resist the corruptions associated with wealth, to love the poor, and to extol humility. St. Francis demonstrated peace and a great love for nature to the extent that he was declared the patron saint of animals and the environment. St. Francis displayed humility by understanding his dependence on God and by thinking of others more than he thought of himself. I esteem and cheer the virtue of humility signified in the life of St. Francis.

Finally, Pope Francis appealed to the media in their work of analyzing current events and then he exhorted me as a Christian and classical educator to treasure and cheer these words:

Your work calls for careful preparation, sensitivity and experience, like so many other professions, but it also demands a particular concern for what is true, good and beautiful. This is something which we have in common, since the Church exists to communicate precisely this: Truth, Goodness and Beauty “in person”. It should be apparent that all of us are called not to communicate ourselves, but this existential triad made up of truth, beauty and goodness (The Vatican. The Holy See. March 16, 2013. Speeches of Pope Francis: Audience to Representatives of the Communications Media).

I therefore give three cheers for Pope Francis: who, by his Jesuit example, lives simply to pursue knowledge and engage culture; who, by his emblem of Francis, seeks to bear peace with humility; and who, by his exhortation, beckons me to communicate truth, goodness, and beauty. These cheers remind me and encourage me to selflessly live the virtuous life in all aspects, with whomever I encounter, or wherever I travel. These cheers have struck the dome of my heart with a chord that resonates.