Two Jobs All Our Kids Will Have 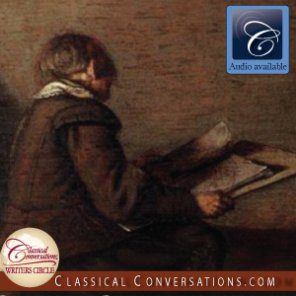 As I write this article, I am in Austin, Texas on the final day of the Texas state championships of the NCFCA (the national, home school, Christian speech and debate association). Recently, my oldest son began participating in team policy debate. As a parent, I was called upon to judge impromptu, extemporaneous, and interpretive speeches as well as Lincoln-Douglas and Team Policy debates.

This experience reinforced the speech I have been giving to my Challenge students and to parents across my state. The message bears repeating—all children will be called to be citizen-leaders and to be ministers of the Gospel. Having this perspective sheds light on the importance of speech and debate. Our children must be able to think clearly (to reason well) and to articulate The Truth (to speak persuasively about it).

Both of these skills require a great deal of practice. In Classical Conversations, we teach the children to think clearly by teaching formal logic in Challenge B and again in Challenge II and III. We teach them to expand their thinking by reading classic literature and discussing timeless ideals with their families, their peers, and their tutors. We teach them to think clearly by paying close attention to details in math, science, and Latin. In this way, we hope to train them not to be taken captive by the false reasoning of others (see Colossians 2:8).

However, it is not enough to learn to think and reason well if our students cannot share those lessons with others. Teaching them to think without training them to share The Truth with others would be the equivalent of hiding their light under a bushel. As Jesus said, “Neither do people light a lamp and put it under a bowl. Instead they put it on its stand, and it gives light to everyone in the house” (Matthew 5:15, NIV). Our children are called upon to radiate the light that they have been given so that others are irresistibly drawn in.

If we can teach them to reason well by teaching logic, how can we teach them to speak well? We teach them to speak eloquently and persuasively by pursuing the classical art of rhetoric. In Challenge I, students practice the lost art of rhetoric by learning the principles of debate and by reading Shakespeare’s Taming of the Shrew aloud. In Challenge II-IV, students continue to practice speaking by reciting lines from Shakespeare, reading American plays aloud, delivering expository and impromptu speeches, and engaging in both Team Policy and Lincoln-Douglas debates.

Just last week, my Challenge III class debated this issue: “It is resolved that the United Nations should change the territorial status of Puerto Rico.” In order to complete this exercise well, my students had to research the history of Puerto Rico and to define the rights and responsibilities of U.S. territories. The affirmative teams had to find recent arguments to prove the benefits of Puerto Rico becoming a state while the negative team had to argue that the status quo (Puerto Rico as a territory) is not a significant problem. In other words, they practiced the skill of being informed voters.

Many parents and tutors fear speech and debate because these subjects are unfamiliar and because they have so much to learn about other core subjects. I felt this way the first year I tutored Challenge III, but I have learned there are some simple and enjoyable ways to learn about speech and debate. Attend a debate in your local Challenge program. If you are just establishing a Challenge program, try to find an NCFCA tournament in your region (these are usually scheduled between January and May). NCFCA welcomes parents who wish to observe and even judge speech and debate events. Local NCFCA club instructors are often willing to come and present a brief overview of speech and debate events to your Challenge class. Finally, take a deep breath and dive in with your class. All of you will learn much by simply trying it.

To summarize, our students must practice the skills of speech and debate in order to fulfill their two inevitable roles—citizen-leader in a democracy and minister of the Gospel.

In order to become effective ministers of the Gospel, our students must engage these same skills. They must search Scripture to refine answers to the questions of our times (research). They must memorize Scripture and form logical arguments in defense of their faith (record).  Finally, they must share The Truth with others (relate).

Have high expectations for yourself and for your students. As Thomas Edison said, “If we did the things we are capable of, we would astound ourselves.”