Two Things NOT to Worry About When Learning Latin 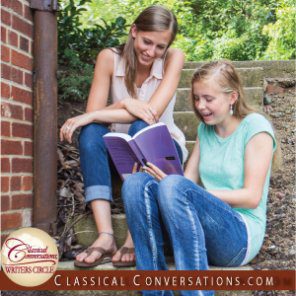 I hope that everyone has had a wonderful start of the school year. We are getting back in the swing of things in our family slowly but surely. I am excited for what the year will bring!

When I talk to mothers around the country (I sometimes teach parents online), there are two things about which there are usually some misconceptions: word order, and pronunciation. There is a third item, dative case, which I shall discuss in a later article.

When translating from English to Latin, it is more important to focus on word forms than word order.

Word order in Latin is predictable; similar to Yoda’s sentence structure in Star Wars (of course, Yoda got it from the Romans). The verb comes at the end, basically, and the nominative goes at the beginning with the accusative in-between. Genitive follows what it possesses (generally). While this is important basic knowledge, the more important thing when students are writing in Latin is that they get the form spelled correctly, the stem spelled correctly, and the ending correct. Since Latin is more of a written language, if it is not spelled right, it is indiscernible. This should be your goal as a Latinist: your student is able to write Latin spelled correctly. Word order, while predictable, is not important. Students who are taught that Latin sentences have only one structure will be sorely confused when they get to Cicero and Vergil and do not see their prescribed sentence structure. If your student is always writing their prose English to Latin well (i.e. spelled correctly), then encourage him/her to strive to put it in the right word order. It is almost like driving a car. When I first tried to drive, all the cars my family had were manual. It was too much for me to overcome both the act of driving on the road and a stick shift. Once I got acclimated to the driving, I then was able to learn how to drive with a manual transmission. It is the same thing with Latin. Students should first be spelling the forms correctly and consistently before paying a lot of attention to word order. Word order, still, should not be stressed.

The other thing that people have a hard time accepting is that Latin is a written, not a spoken language.

The Latin that we are teaching is written language. Spoken Latin is a very different bird. It has fewer endings and is much more simplistic. Latin pronunciation has value, of course, but does not need to be stressed. People do not learn Latin to orally communicate but rather to acquire the tools to tackle any subject and to read authentic literature. Latin also enables students to easily learn a spoken language. Certain pronunciation basics should be taught, such as:

2) Vs are pronounced as ws.

Students should be consistent in these five basics. However, if they mispronounce the Latin, there will be no Roman tapping them on the shoulder to tell them they are wrong. It is more important that they are consistent and focus on spelling and writing rather than speaking Latin.