When Are You Ever Going to Grow Up? 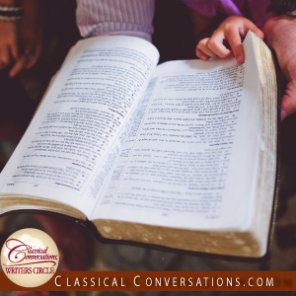 For decades, American culture has been pushing the threshold between childhood and adulthood further and further from birth. This is being done in the name of science, which supposedly is just analyzing the data and then reporting the facts. A myriad of professions, from psychiatrists to psychologists to neurologists to anthropologists, are making the claim that the period of “adolescence” continues to lengthen. As many of these professions are built on evolutionary assumptions, the data is often treated as though this is simply the way things are. Perhaps it is simply the next stage of human evolution; the next stage of progress being a state in which the human being no longer wants to progress.

In September of this year, the BBC reported, “New guidance for psychologists will acknowledge that adolescence now effectively runs up until the age of 25 for the purposes of treating young people.” This shift in the direction for the psychiatric care of young people is being pushed by neurologists that are claiming that the prefrontal cortex of the brain is still developing until around age twenty-five. Therefore, information is being processed differently than in the brains of adults, which leads to all of the stereotypical woes of the teenage years.

This distinction between “children” and “adults” is a real one, and not just some arbitrary legal age. This distinction goes far beyond the ability to reproduce their species; far beyond their overall physical shape and/or muscle tone; far beyond the final state of their prefrontal cortex. Those characteristics are certainly an objective reality, but the Apostle Paul does not say, “When I became a man, I got stronger, taller, and had to shave my whiskers.” He said that he “put away childish things,” or in the English Standard Version, “I gave up childish ways.” He is implying that a child behaves like a child and an adult behaves like an adult. The problem in our culture is not that people are staying small and beardless. It is that they grow up physically, but refuse to take the responsibility that is supposed to accompany that growth.

The term “adolescence” comes from the Latin word adolescere which means “to grow up.” In most cultures that recognize this stage of human development, it begins with the onset of puberty and the physical changes that reshape little people into bigger people. When adolescence ends is somewhat arbitrary and this “commencement” is often attended by culturally relative rites and rituals. America’s famous age has long stood at eighteen years old. This makes sense as this age is attended by high school graduation and the legal right to enter into a contract, signifying the end of the legal guardianship of parents. Seems simple enough, right? Child…seventeen. Adult…eighteen.

If so, then why are leading psychiatric associations publishing that adolescence should be extended to age twenty-five? Why? Perhaps it is because they know that a sustained “identity crisis,” which supposedly comes with adolescence, is good for their industry. After all, they are all about fixing crises, right? Why extend the age of adolescence? Maybe it is because longer childhood provides more of something else besides sin on which to blame America’s interminable immaturity.

As Christians, when we finish critiquing the psychiatric community’s self-fulfilling prophecies, are we prepared to do anything about it? What about our kids? Are we raising them to grow up? Do we have a plan to help them put away childish things and move from being godly children to godly adults? Paul’s list includes speaking like a child, thinking like a child, and reasoning like a child. We must teach them and, more importantly, show them what it means to speak, think, and reason as an adult.

A wise man once instructed me that our goal as parents should not be to raise godly children, but to raise godly adults. (I won’t tell you his name, but his initials are RCJR.) This epigram casts our eyes toward the horizon, lest we become too easily satisfied in present successes or too easily discouraged by the failures. The litmus test for adulthood cannot be a magical age when the prefrontal cortex stops growing, and we should not be surprised when, a few years from now, new scientific data attempts to explain why adolescence is being extended to forty years old. The standard for judging godliness, in both children and adults, has been and always will be the Word of God—fully revealed in the Son of Man, Jesus Christ.

This article was first posted on Kuyperian Commentary on November 26, 2013, where Marc Hays is a contributing author.