A Damp, Drizzly November in My Soul 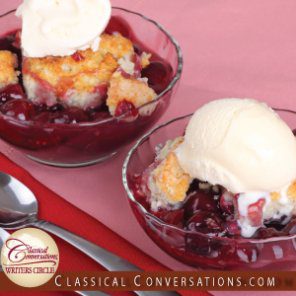 This phrase came to my mind on a drizzly, gray morning in January. I live in North Carolina, so I deserve no sympathy from those of you who know real winters, those of you who call Wisconsin and Minnesota home. If it would snow, then I would have the brilliant whiteness, excitement, and beauty of it. But winter here is just damp, drizzly, and gray. I find it comforting that Herman Melville felt this way, too, and it made him want to knock people’s hats off. He wrote:

Whenever I find myself growing grim about the mouth; whenever it is a damp, drizzly November in my soul; whenever I find myself involuntarily pausing before coffin warehouses, and bringing up the rear of every funeral I meet; and especially whenever my hypos get such an upper hand of me, that it requires a strong moral principle to prevent me from deliberately stepping into the street, and methodically knocking people’s hats off – then, I account it high time to get to sea as soon as I can. (Herman Melville, Moby Dick)

I do not long to be on a small, wooden ship on the sea as Melville did; that would, in fact, be worse. Hibernating would be my first choice. To sleep for two months and wake up in mid-March refreshed and ten pounds thinner would be perfect, yet God did not create me that way. I have to do what I can to pull through February and keep our spirits up until the golden daffodils bloom. So, I do what I do best. I plan an edutainment event.

This year, I will plan a big event around George Washington’s birthday on February 22nd. I will invite a Classical Conversations family or two to join us in a colonial-style dinner with cherry cobbler for dessert. I know many say that the story about young George chopping down the cherry tree is not true, but the ideal of a young man who would never tell a lie, even in the face of severe punishment, is worthy of retelling over a steaming bowl of cherry cobbler with vanilla ice cream. I may have the kids plan an early American trivia game for the parents and recite the presidents and the Declaration of Independence for the evening’s entertainment.

We could also celebrate Lincoln’s birthday on the 12th, Valentine’s Day on the 14th, National Cook a Sweet Potato Day on the 22nd, or even National Clam Chowder Day on the 25th. There are so many things to celebrate; we just have to look for them. This is real joy: recognizing our blessings as gifts from God and being truly thankful. The cherry cobbler will help, too. I am including my Mom’s recipe below. Enjoy celebrating something this month!