A Father’s Response: How The Torchlighters Series Began 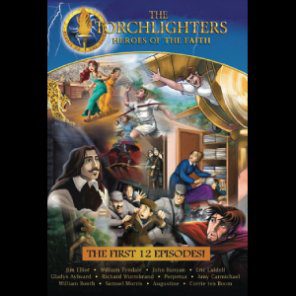 When our daughter, Michelle, was a young child, my wife and I began reading biographies of great Christian heroes with her. One day while on vacation, when Michelle was ten, we were reading about missionary Gladys Aylward. After finishing a chapter, she looked up at me and exclaimed, “Dad, I want to be a missionary when I grow up.”

As I pondered how clearly the power of this story moved my own child’s heart, The Torchlighters Heroes of the Faith animated series for children was conceived. As a young boy, I had no interest in books, but I did enjoy movies. My dream was to produce videos about great Christian heroes that would capture the hearts and minds of children ages eight to twelve, especially those hyperactive boys like myself who would be more drawn to videos than books.

I shared this dream with my colleague, Robert Fernandez, and we began to discuss possible stories and how to tell them. We searched for stories with adventure and suspense that could draw children in, but also with eternal values to build faith. For our first project we chose The Jim Elliot Story.

During development, I shared The Torchlighters vision with representatives of several ministries and media organizations. Our friends at Voice of the Martyrs (VOM) really liked this project and agreed to partner with us as coproducers. VOM has partnered on every episode since then. Friends in the United Kingdom at International Films graciously agreed to help coproduce the first episode.

Even before completing the Jim Elliot episode, we started working on a second episode. This one would focus on the life of Bible translator William Tyndale. This story had many of the elements we were looking for: adventure, suspense, chases, smuggling, betrayal, and most importantly, Tyndale’s unrelenting determination to follow God’s calling to bring the Bible to the English-speaking world.

Since its inception, The Torchlighters series has had a strong response from viewers in North America, winning dozens of awards and selling over 400,000 DVDs to date. We hear of countless stories of Torchlighters being used in homes, schools, and churches for every conceivable type of children’s ministry and with age groups stretching well beyond our original target of eight to twelve year olds. Our original study guides, documentaries, and web features all work together to form a complete ministry package for our audience.

However and to our surprise, even greater ministry is happening internationally. Torchlighters’ episodes have been translated into over twenty-four languages and we get new requests for translations all the time. We have heard from folks all over the world who are using Torchlighters to provide Christian education for children in both church and school settings.

A group in the United Kingdom wrote to us asking permission to make a Torchlighters medal, based on the series logo, which they could give the children they serve. A group from Africa sent us pictures showing how they use generators to show Torchlighters episodes in their school.

Over these many years, we have been astounded to see this series grow into thirteen episodes that are reaching children all around the world, each telling important stories of Christian heroes.

We have now taken the series back to its roots with The Torchlighters Biography Series. Last year we produced the first Torchlighters book on the life of Corrie ten Boom; an engaging, readable, and nonfiction biography that pairs well with The Corrie ten Boom Story DVD. In books we can tell more of the story introduced in the DVD so young readers learn more about faithful Christians whom they can look up to and emulate.

New Torchlighters DVD episodes and biographies are in the works as we seek to continue with our mission to bring heroes of the faith to youngsters in a format they can grasp. 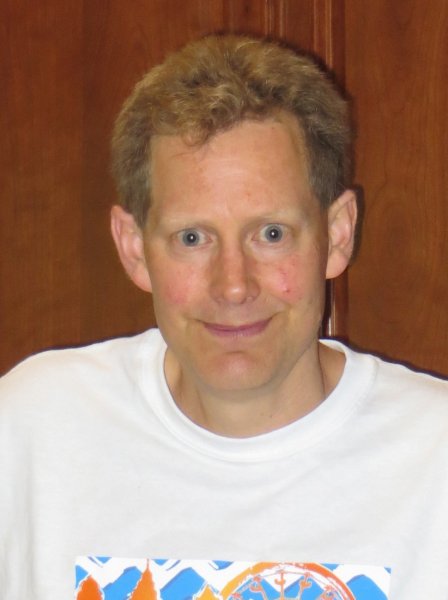 William (Bill) Curtis is the General Manager of Vision Video, Incorporated (www.VisionVideo.com). He also serves as President of Christian History Institute (www.ChristianHistoryInstitute.org). Bill has over twenty-five years of experience as a film producer. He is a father of four children (two boys and two girls). Bill and his wife, Linda, have been led by the Lord to adopt their two boys from the Ukraine and have used both home education and private school education.