A Homeschooler at the University of Oklahoma* 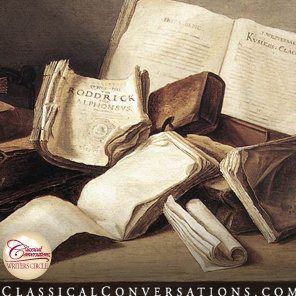 Evan P was homeschooled with his brothers in suburban Cincinnati. He loved being homeschooled because of how close he was—and is—with his family. He was homeschooled through fifth grade, after which he was enrolled in a private Christian school which incorporated the classical model of instruction. “We got to go over things from a Christian perspective,” said Evan, “which solidified our faith as we were educated.”

At age thirteen, his parents, who worked as missionaries for Campus Crusade for Christ, moved the family to the organization’s headquarters in Orlando. Following in the family’s footsteps, Evan said, “I knew for a long time that I wanted to do missions work.” He also knew quite early that his primary educational interest was linguistics.

Evan scored very well on the PSAT which qualified him as a National Merit Scholar. “Oklahoma had the linguistics major and very significant scholarships,” he said. That is how a young man from the east ended up at the University of Oklahoma. “I took some dual credits in high school,” he continued. That enabled him to enter college as a sophomore.

Evan started at Oklahoma in the fall of 2010. “My father told me to check out Cru (Campus Crusade for Christ), but also to go to a bunch of other ministries at the beginning of the semester and figure out which one I liked. Check out Cru, check out IVCF1, BSU2, and RUF3,” Evan explained. “I really liked Cru, but we (IVCF) do manuscript Bible studies.” That was obviously very impressive for a Christian linguist. Within a couple of weeks Evan settled into this group. “I love the group. I love the people. They’re a little bit nerdy,” he said affectionately, “but caring.” Evan is a self-avowed nerd. He went on to describe how IVCF had helped strengthen his faith and allowed him to see God’s love in community.

I asked Evan what it was like for a student who had always been surrounded by Christians to be at a large state university. He said, “I found out what it was like to be around nonbelievers and interact with them, and to have conversations about important things and unimportant things in a relatively safe environment.” He added, “I would not try living at a state university, or any university for that matter, without being actively engaged with a group of Christians who meet regularly.”

Evan will owe around $5,000 in student loans when he graduates this May, which is not very much for a world-class education. Taking dual credit classes enabled him to acquire a four-year bachelor’s degree in three years. Additionally, Evan diligently pursued every available scholarship. “If you look hard and in the right places, you can find scholarships,” he said.

Evan did an internship with Wycliffe-SIL International last summer in a location he is not at liberty to disclose. “I can tell you it’s in Asia,” he offered. That experience was life changing and affirmed Evan’s mission in life. “I want to translate the Bible,” he said. The experience with Wycliffe was ideal for a linguist and will enable Evan to make a living as he carries out the work to which he feels called.

This is the second case study in a series. I will be interviewing a variety of homeschoolers who have recently graduated, and letting them tell their stories. It is my hope that these interviews will show how different types of postsecondary options affect homeschoolers’ lives during and after college. To read the introductory article, go to: https://classicalconversations.com/easyblog/is-postsecondary-education-necessary-in-a-postmodern-society.