A Homeschooler’s Experience at a Christian Liberal Arts College* 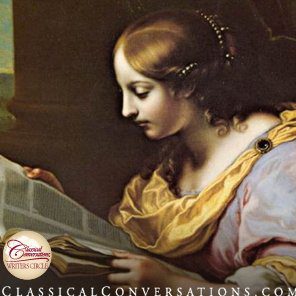 Emily R and her two brothers were homeschooled by their mother in South Minnesota. “We grew up in small town Minnesota, in the middle of the cornfields,” she says, emphasizing her rural upbringing. Her father traveled a lot with his job, but he had the flexibility to take the family with him on trips. “If we were learning about George Washington, we might go and visit his birthplace.” She credits the flexibility of homeschooling with affording her the active, hands-on approach she enjoyed.

How does she feel now as she reflects on her education? “As far as homeschooling goes, I’m a big proponent!” she says. “Minnesota has a post-secondary enrollment option for homeschoolers.” This enabled Emily to start compiling college credits when she was a junior. By the time she graduated, she had enough credits to start college as a second semester sophomore.

Emily chose to attend Evangel University, a Christian liberal arts college in Springfield, Missouri. Growing up, she was exposed to Evangel through camps and conventions. She had an interest in chiropractic medicine and long thought she might want to study at Evangel. Before going to visit Evangel University, she prayed that the Lord would make it clear whether or not it was the right place for her. When she arrived, she recounts, “It really was just the Lord’s complete confirmation.” Emily knew she was where God wanted her to be.

Emily changed her major to psychology at the beginning of her junior year. “I really felt, this is not where I’m called to be,” she remembers. She credits the wise counsel she received from upper class students, graduates, many professors and especially her advisor, with whom she prayed about the change. Small- and mid-sized Christian liberal arts schools like Evangel provide students like Emily a lot of personal attention that is not possible at most other colleges. Since changing majors is very common, a close-knit Christian community can really help ensure your new major is a better fit for the person you are and what the Lord has in store for your life. This has proven to be true in Emily’s case. She feels as though she uses what she learned in her classes every day.

Something she learned outside the classroom was especially life altering as well. Emily went on a mission trip to Kenya, Africa which in her words, “…really switched my paradigm. I thought, ‘I need to go back there right away and do whatever I can.’” That prompting stayed in her heart and through Evangel University connections she got a job with an adoption agency serving Ethiopian children. “Looking back, I can see how the Lord directly used the things I learned in certain classes to counsel families through the adoption process.”

I asked Emily if the price of attending a Christian liberal arts college had created financial burdens for her. “I’ll be honest. I had debt, but I felt called to get out from under it as soon as I could.” Emily lived modestly and paid off her student loans in two years while working at the adoption agency. “I did have debt, but I knew the tools Evangel was going to equip me with and getting those was my first goal.”

Emily is now the U.S. Coordinator for Livingston International, the first Christian four-year college in Uganda. “I’m such a huge proponent of Christian higher education that I’m able to speak about that in fund raising. I can look back and tell people how I spiritually grew and blossomed at Evangel. That kind of experience is what this country (Uganda) really needs. Emily relates the advantages of networking through a close-knit Christian school like Evangel. “We have access to this large network of alumni,” she says. “I will just call people up that I don’t even know and when I tell them I’m an Evangel graduate, we have this automatic connection.”

*This is the first case study in a series. I will be interviewing a variety of homeschoolers, recently graduated, and letting them tell their stories. It is my hope to show how different types of postsecondary options affect homeschoolers’ lives during and after college. To read the introductory article, go to: https://classicalconversations.com/easyblog/is-postsecondary-education-necessary-in-a-postmodern-society