Add a Bit of Silliness to Your Poetry Class 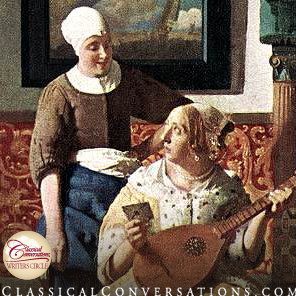 “This is just a bit of silliness, really,” says thirteen-year-old Peter Llewelyn Davies as a disclaimer to his first attempt at writing a play, in the 2004 film Finding Neverland. “I should hope so,” replies his mentor, playwright J.M. Barrie. “Go on.”

Even though Peter is still a child, he already believes that good writing must be serious, solemn, and important. Burdened with the perceived weightiness of his task, he is afraid to write at all. Peter’s dilemma illustrates a problem with the way creative writing, particularly poetry, is often taught. Whether the standard is creativity, self-expression, sophistication, or profundity, students struggle under the dual burden of learning form and content at the same time.

Should we lower our standards and not attempt to teach formal structure and style? Is every student’s poem, however rough its execution, above critique? Or, should we drill dry rhyme and meter, separating the mathematics of poetry from its artistic side as we have done to the departments of higher education? Although both of these approaches have their merits and disadvantages, I propose that we consider a third road, one based on the following principle: Sometimes, we just need to write silly poems. Sometimes, we need to teach the art of parody.

For constructive debate, we should begin by defining the term “parody.” The origin of the word is Greek, from para– (beside, parallel to, mock-) and oide (song, ode). In Poetics, Aristotle identifies parody as a form of comedy that portrays men as worse than they actually are. In other forms and languages of literature, parody has taken on the broader sense of a light-footed imitation that is compared to an original work, style, or genre, sometimes for comedic purposes, sometimes for critique, and sometimes as a tribute to the original.

Parody practitioners are as varied as its purposes. An anonymous Greek parodied The Iliad in Batrachomyomachia (battle of frogs and mice); Don Quixote is a parody of chivalric literature; Jane Austen parodied the gothic novel in Northanger Abbey; Lewis Carroll parodied Victorian didactic poetry in “You Are Old, Father William.” Even music has its share of parody, with a well-known example being Mozart’s A Musical Joke, which deliberately parodies awkward or clumsy compositions. Modern examples include Monty Python and the Holy Grail, which parodies Arthurian legends, and “Weird Al” Yankovic, the musical artist, who has parodied everything from Queen and Michael Jackson to Star Wars and Camille Saint-Saëns.

At this point, some of the items on this list might give you pause. “But wait!” you might protest with genuine concern. “Isn’t the point of parody to mock serious issues? Do we want to teach students to be irreverent?” This question is valid and I want to consider it thoughtfully. Certainly, a part of postmodern culture is the spirit of general skepticism that produces cynicism and mockery. The modern era’s search for certainty in science and human reason led naturally into the postmodern era’s disillusionment and the conclusion that because no one is trustworthy, no one—and no idea—is worthy of respect. I would call that variation “cynical parody,” and I would agree that part of our job as educators is to reassure cynical students that lingering questions and uncertainties do not negate truth, goodness, or beauty; rather, it is possible to rest in the tension of knowing and not knowing.

Parody has another side as well, and it is this side I want to emphasize. To create a believable parody, one must know the subject well enough for the original to be recognizable beneath the new creation. Writing a parody, as odd as it sounds, is like creating a realistic body double for an actor whose character dies in a film. You need to understand the skeleton (the form or structure) of the original. You need to pay close attention to the facial features, scars, and skin-level features (the distinctive characteristics) of the original. The wardrobe (the language) needs to match. You need to carefully select which particulars to change so as to achieve the look of death (the humor or satirical message) without making the figure unrecognizable.

Consider a practical example with respect to poetry. A student poet learning about Shakespeare’s sonnets may imbibe the language of iambic pentameter, sonnet, and early modern English, but what better way to evaluate his comprehension than to have him rewrite Sonnet 19 to humorous effect? In order to complete the task, he has to learn the skeleton of the poem (fourteen lines of iambic pentameter rhyming ABABCDCDEFEFGG), pick out its distinctive characteristics (a turn between the first two quatrains and the couplet, marked by a full stop; an extended personification of Time; a theme of aging), and select a few central, but manageable, elements to modify (perhaps making Time a strict teacher and the love’s fair brow a newly printed essay).

As you can see, the form is there: the student will learn that if he removes a one-syllable word he must replace it with another one-syllable word to retain the meter. If he changes one of the “A” rhyme lines, he must also change the other. Read separately, the parody should make sense, but read with its original, the mimicry should be apparent. In this way, parody challenges the student’s ability to analyze poetry, while the opportunity to create humor engages his mind and wit.

This is why I believe so firmly in the creative, rather than the destructive power of parody and, more broadly, of humor in writing. The goal of being able to write serious and winsome poetry has not changed. Instead, mimicking the forms of others ensures that when a student has something to say that can only be expressed in poetry, the rhythms, mathematics, and forms of poetry will already be familiar in her mind. A bit of silliness can free our youngest writers to play with words, readying their minds and hearts for the weighty words they will someday present to the world.