Advent: Are we still watching, waiting, and expecting? 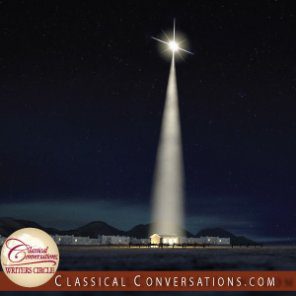 Our English word advent comes from the Latin word advenio, which literally translates “to come to.” It is made up of the preposition ad and the verb venio. One of my favorite things about studying Latin is the richness it adds to my contemplation of Scripture. In Latin, the idea of coming to is compressed into one word, into one forceful action of the Godhead coming into the world.

Thinking of advent as a thing already accomplished adds a richness to this holiday. We look back at all of the stories and wait for the divine Christ child who has already come into the world on our behalf and has accomplished our salvation.

The compression of the idea “to come to” also echoes the Scripture verses about the failure to recognize the Messiah. “He came unto his own, and his own received him not” (John 1:11).

As I read the advent stories to my children, starting with creation, moving to the exodus and kings and prophets, to the annunciation, and then to the holy birth, the signs seem so clear. How did his own fail to receive Him? Recently, among the Classical Conversations leadership, we have been seriously pondering the connection between their education and their failure to recognize the Messiah.

As we searched the Scriptures together and contemplated this question, I thought of the two who did see him and receive him—Anna and Simeon. Perhaps these two are the poster children of the Advent season, for Scripture tells us that Anna watched and waited as though his birth were imminent: “And she was a widow of about fourscore and four years, which departed not from the temple, but served God with fastings and prayers night and day” (Luke 2:37). She departed not from the temple, but prayed and fasted night and day. She truly knew what it meant to watch and wait for the Savior.

Then there was Simeon, who also was watching and waiting: “And, behold, there was a man in Jerusalem, whose name was Simeon; and the same man was just and devout, waiting for the consolation of Israel: and the Holy Ghost was upon him” (Luke 2:25). In our discussion, one of my friends pointed out that Simeon had special promises from God that caused him to watch and wait. After all, he had been told that he would not die until he had seen Christ. And yet, there is much to learn from Anna and Simeon and their attitude of waiting and watching. We tend to think of watching and waiting as passive. Yet, here are these two actively fasting, praying, serving in the temple, watching, waiting.

Anna and Simeon seem to embody another Latin verb exspectare. Like advenio, exspectare is a combination of a preposition and a verb. It is the conjunction of the verb specto “to look” and the preposition ex “out.” It carries the sense of actively looking out for the object of one’s hope.

Then, we too can join in Simeon’s blessing:

Lord, now lettest thou thy servant depart in peace, according to thy word:
For mine eyes have seen thy salvation,
Which thou hast prepared before the face of all people;
A light to lighten the Gentiles, and the glory of thy people Israel.
(Luke 2:29-32)