Are All Men Equal? A Lesson in Logical Equivocation 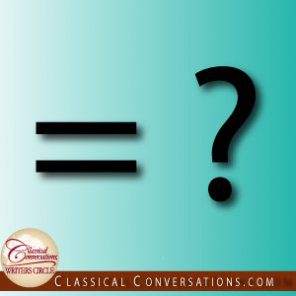 Are All Men Equal? A Lesson in Logical Equivocation
Is logic really relevant in today’s culture?

All men are equal. You have heard it touted by advocates on all flanks. In our Challenge B class, we have recently looked at current cultural issues that commonly use that argument: All men are equal and so should have equal rights. Turning this into a Categorical Syllogism, we arrived at:

The battle cry in question comes from the Minor Premise.

While this argument is logically valid, it is neither true nor sound. How so? As in any argument, debate, or even persuasive essay we must define the terms. What does “equal” mean? The dictionary tells us it means “the same as” or “of equal value.”

In the Minor Premise, the word suggests “of equal value,” equal worth. This was the original meaning. It invokes a sense of higher power, of higher authority, even though it is most often misquoted in order to eliminate the Source of that authority. “All men are created equal,” not “All men are equal.” Interestingly, many groups using this misquote from the Declaration of Independence are the same groups that vehemently pronounce the Declaration is not a “founding document” (thereby eliminating the idea that rights are endowed by the Creator rather than the State).

However, in the Major Premise, the word takes on a different undertone. Here, it abandons the original definition and mutates to the idea that all humans are “the same as” all other humans. The implication is that all humans with a pulse are worthy of equal rights. But is this true? Are all humans really equal in this manner? And are they all deserving of equal rights?

Yes, all men retain their value as creatures made in the image of God, but do all men retain their equal status, and thence, equal rights? Do they maintain their status as “the same as” everyone else? Prisoners do not. They are not considered “the same as” everyone else and their equal status is revoked. Once their behavior becomes illegal and they are imprisoned, they cede their right to take a walk in the park. Once a compulsive kleptomaniac’s behavior is discovered, he is no longer “the same as” the rest and loses his right to work at the bank. People who lie under oath commonly do not retain their right to maintain positions requiring great trust. Felons do not retain their right to carry a gun or to vote. People who promote marital infidelity or champion child neglect generally relinquish their right to give advice to newlyweds or new parents. Our culture readily accepts this idea and has an established pattern of classifying some as not “the same as” the rest, based on their behavior. This societal norm denies rights to people based on illegal or immoral behavior. What does this mean? It means that while all men possess equal value, they do not necessarily possess or deserve equal rights. So, what does “equal” mean in this, the Major Premise? In the much-used argument, it is obvious that “equal” does not mean “created equal,” it does not mean “of equal value.” Instead, it means “everyone is the same as everyone else, regardless of behavior.”

So, where does that leave us? We have a valid argument presented to us, but a term has tacitly changed its meaning midstream. In logic, this is called the Fallacy of Equivocation. An example: “Man shall not live by bread alone, but by every word that proceedeth out of the mouth of God” (Matt. 4:4, KJV). Since you are a woman, you are not commanded to be obedient to God’s Word. Here, the term “man” changes meaning midstream, committing the Fallacy of Equivocation. And the argument logically falls apart.

If we have an obviously fallacious argument, how is it that people are so easily convinced by it?

If we accept the idea that people lose rights when departing from established standards of behavior (and we do), then the only recourse is to deny that those established standards of behavior are legitimate. And that is where our culture has landed, in the land of denial. Deny that any standards of behavior exist and the fallacious argument now seemingly holds water. If we can be convinced that our nation was not founded on biblical standards of behavior, then we cannot appeal to those standards to prove our indictment of Equivocation. If you believe that our nation was not founded on God’s principles, you will assume you have the right to a godless school system and a godless government, and you will assume that you are “equal” to everyone else, regardless of your actions. When the standards by which we define “equal” are rejected, the fallacy seems to disintegrate, and people become inclined to believe that any behavior is acceptable, and that their immoral, ungodly behavior has no effect on their status as “the same as” anyone else. Essentially, this is like proclaiming that your boss has no right to discriminate against you (or fire you) for stealing the company’s money, because stealing the company’s money breaks no standard of behavior.

Seems simple enough, but, unfortunately, our culture is full of gullible “bosses” who are more and more believing that stealing company money is not only acceptable, but is, indeed, noble!

Even the Challenge B students, eighth-graders with young minds, are beginning to grasp how valuable a tool logic is and how relevant it can be in our current culture. Giving them the tools and training to logically think through relevant issues is a critical advantage that Classical Conversations affords. And hopefully, by the grace of God, they will make a lasting impact on our culture, showing that while all men are created equal, any man can squander his status as “the-same-as-the-next-guy,” by departing from the standards God has laid out in life’s instruction manual.