“Beyond the Mask” Movie Review 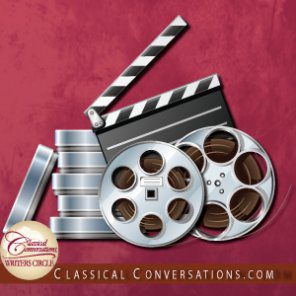 This isn’t your typical Beyond the Mask movie review. This is a personal story about the power of community and the dedication of homeschoolers.

For many of us, the quality of many Christian movies can be painfully low and sometimes embarrassing. When I was asked to preview this movie I was skeptical. Could a movie with explicitly Christian values be good? The answer is a resounding, “Yes!” And, the movie was pioneered by cousins Aaron Burns and Chad Burns—both are homeschool graduates—working with a staff that included many homeschoolers and a few Hollywood stars.

First of all, the special effects are great. They did a wonderful job filming this movie and I expect Beyond the Mask to be a summer blockbuster. Secondly, the compelling story is one of redemption and grace, and it is told with historical ties in a way that holds your attention, makes you laugh out loud, and might cause you to shed a tear or two. I would say this is a must-see movie for any family and I rate it three out of four stars.*

In April 2015, Beyond the Mask set a new record for its theatrical on-demand release in over 440 theaters; the previous record was just over 200. Classical Conversations families were theater captains in over 170 of the theaters. The movie’s debut was so successful that it was picked up by a distributor and will be shown coast to coast in 100 cities on June 5th.

And now for the personal part of this review: Last week, while attending a Classical Conversations Parent Practicum, I was approached by a parent who said that her Challenge student had been one of the theater captains and that in the experience, her child learned a lot about marketing and prayer. Two days before the theater was expected to show the movie, they weren’t close to their ticket sales goal; they started to pray and they started to act and market it more urgently. The morning of the showing, they called the theater expecting it to be canceled because not enough tickets were purchased. The theater manager said that not only was the showing not canceled, but they were moving to a larger theater because so many tickets had sold in the previous forty-eight hours! That isn’t a life lesson your student can learn in an eight-hour classroom learning environment.

To think that over 170 Classical Conversations families were involved in making Hollywood history! Where on a college application do you put that? Does that fit on a transcript? Your child can either fit into the world’s mold or, like the Burns cousins and Beyond the Mask, your child can break that mold and set the world on fire.

Beyond the Mask is successful because it is quality entertainment with a Christ-centered message that honors our Creator not with lip service, but by being a film that was worth making and is worth seeing. Colossians 3:23 says, “And whatsoever ye do, do it heartily, as to the Lord, and not unto men.” I believe this film meets that expectation. Go see it in your local theater and be sure to pick up the DVD for your movie collection this summer.

*I think it will be difficult for you to find a scene that is offensive, but be sure to check out a more thorough review to see if Beyond the Mask meets your family’s entertainment standards.