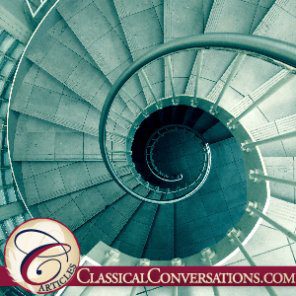 I’m going to briefly argue that every Christian high school student can—and should—learn calculus before graduation. Of course, claiming that that K-12 mathematical education should culminate in calculus for everyone is radical, especially for those of us in the United States. Studies consistently show that American students rank below most other countries in math and science, all the while scoring above every nation in self-esteem. But it’s not a lack of intelligence that accounts for the U.S.’s poor showing in mathematics: after all, anyone of average intellectual horsepower can learn calculus (more on this below).

So why is it that only about 14% of our high school students study calculus? Why is calculus seen as a luxury, a delicacy appreciated only by mathematical connoisseurs?

For two reasons mainly. One, we simply don’t understand how central calculus is to Western intellectual culture, particularly its relevance to the conflict between faith and unbelief. Two, we don’t teach calculus nearly as well as we could.

Regarding the first, cultural reason, calculus is mathematical analogy to the works of Shakespeare. Having a basic understanding of calculus—including why it was invented—puts a lot of Western philosophy and science in perspective. In fact, calculus is an ideal place to learn how to teach mathematics classically. The only other bit of mathematics that has had as much impact on the humanities or liberal arts is Euclid’s Elements. (I hate putting it this way since mathematics is a liberal art, a paradigm of the humanities.) In any case, if calculus is akin to Shakespeare’s Hamlet, Euclid is like unto Homer’s Odyssey.

And until our students learn the fundamentals of calculus and Euclid’s Elements, they will never realistically integrate mathematics with the rest of their studies, and therefore never really understand the whole. Indeed, the story of Western philosophy can be told through the (whole) story of calculus, beginning with Thales’ search for unity and stability in a wildly diverse and ever-changing cosmos. This is what I do in my year-long math colloquium at New Saint Andrews College.

The second reason calculus is seen as a mere luxury is that we don’t teach it like we ought. A first course in calculus is often so difficult because we make it difficult—at least more than it has to be. For one thing, we cover too many topics too quickly, many of which are unnecessary at that stage of students’ learning. The National Science Foundation sees this more-is-better approach as the primary reason for today’s math debacle. In testimony before the House Committee on Science, NSF director Dr. Rita Colwell said,

“U.S. textbooks contain many more topics than those in other countries. For example, the science textbooks we give to our eighth graders cover some 67 topics. In Germany, they cover 9 topics. As the saying goes, we are learning less and less about more and more.” [1]

As a result, the slower students feel like failures and the students who are hardwired for math never fully flourish, remaining content with their ability to merely follow mathematical recipes (which, admittedly, isn’t nothing).

This general point applies specifically to calculus. The avalanche of concepts dumped on students makes calculus unnecessarily complicated, masking its overall structure and even its very point.

But simply spending more time on fewer concepts isn’t enough; too much too fast isn’t the only problem. Another is covering the right concepts at the wrong time. In fact, there are concepts that should be left out altogether until after the core of the discipline is mastered. All concepts aren’t created equal. One small example: most introductory calculus courses—in the name of rigor—introduce students to limits by way of the epsilon-delta definition of limits. This is an important definition but extremely abstract for someone just beginning to learn the basics of calculus. Indeed, it was long after the invention of calculus that the world’s greatest mathematicians arrived at it. The very need for this definition is subtle and entirely lost on beginning students.

There’s another reason that everyone should take calculus—and this one relates to its aforementioned significance for Western philosophy. There are few better examples of divine design than our ability to use calculus to describe accurately the astoundingly complex world of change around us, which is a goal that goes all the way back to Pythagoras and Plato. As students begin to understand the basic workings of calculus, the teacher will have many opportunities to impress upon them that this man-made mathematical device really shouldn’t work—unless the world is user-friendly.

Again, anyone of average intelligence can learn the basics of calculus. More specifically, the fundamentals of calculus are within relatively easy reach of anyone who can do basic algebra. In my own experience, I’ve taken liberal arts students who visibly blanch at the mention of mathematics, students who are by no means “math people” and, in eight weeks, taught them real calculus: limits, derivatives, integrals, and the Fundamental Theorem of Calculus. Moreover, these students understand the central meanings and purposes of these concepts. And they’re delighted; never did they dream that they’d be doing calculus, much less in so short a time. And the students who already had calculus say, “Oh, so that’s what we were doing!”

And in both cases, this is a significant step forward in classical Christian education—and for education in general.

Mitch Stokes is a Senior Fellow of Philosophy at New St. Andrews College. He received his Ph.D. in philosophy from Notre Dame and an M.A. in religion from Yale. He also holds an M.S. in mechanical engineering and, prior to his academic career, worked for an international engineering firm where he earned five patents in aeroderivative gas turbine technology. In addition to biographies of Newton and Galileo, his books include A Shot of Faith (to the Head): Be a Confident Believer in an Age of Cranky Atheists (Thomas Nelson), How to Be an Atheist: Why Many Skeptics Aren’t Skeptical Enough (Crossway), and Calculus for Everyone (forthcoming). You can follow him on Twitter at @DrMitchStokes