Catechesis! “Caesar and Cicero” and “Language and Literature” in the Challenges 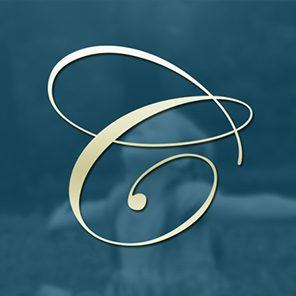 Who does not love the wheel of catechesis first simply signified by Leigh Bortins in her diagrams fringed by circling arrows? The diagram, celebrating knowledge, understanding, and wisdom for the goal to know God and to make Him known, may morph to a more sophisticated design, but the doxology does not. The Challenge difference embraces the Christian worldview classical model with God as the center of all learning with subjects in unity, radiating to and fro as they dance integrally around Him. Integration of subjects first seems like a real head scratcher but soon smooths more comfortably with rest and contemplation. Integration is everywhere, webbing back and forth, from language to history to theology, back and forth and beyond and again, until the lattice fades from focus to almost appear commonplace. So too, will the integration of Latin in Challenges III and IV weave into the wheel.

The grammar strand will focus on “Caesar and Cicero” in Challenge III and “Language and Literature” in Challenge IV. Using Henle’s Second, Third, and Fourth Year Latin as a springboard, the writings of notable Roman men, Julius Caesar, Cicero, and Virgil will be studied not only for grammatical excellence, but also for literary and historical content. Each man employed great rhetorical and literary skill to ply their craft and effectively influence far beyond their day. Several of these devices have been planted in the opening paragraph. Commenting on Cicero, the classical scholar J. W. Mackail said, “He created a language which remained for sixteen centuries that of the civilized world, and used that language to create a style which nineteen centuries have not replaced, and in some respects have scarcely altered. He stands in prose, like Virgil in poetry, as the bridge between the ancient and modern world.” (Henle 355) Other writings and excerpts from the Bible will complete the “Language and Literature” focus.

Besides the richness obtained by reading literature in another language, the literary and historical aspects easily stream into the study of Shakespeare and poetry, philosophy, theology, logic, American and world history. Direct correlation with the study of Virgil’s Aeneid in ancient literature and Shakespeare’s Julius Caesar will be especially rewarding. Further integration from the grammar strand will be more subtly commonplace.