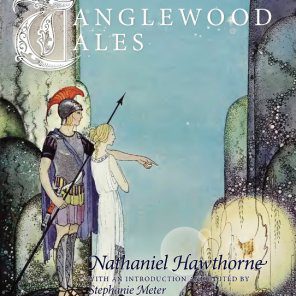 Nathaniel Hawthorne (1804-1864), one of America’s greatest authors, wrote “Tanglewood Tales,” a collection of classical myths, in 1853 for his three young children. Now Classical Conversations, Inc., has released a new annotated edition of this time-honored, 19th-century classic that makes it more accessible to children of the 21st century.

“Tanglewood Tales” includes retellings of the myths of Theseus and the Minotaur, Antaeus and the Pygmies, Dragon’s Teeth, Circe’s Palace, Proserpina, Ceres, Pluto and the Pomegranate Seed, and Jason and the Golden Fleece. The new CC edition includes an introduction explaining the value of studying Greek mythology, footnotes and pronunciation guides, beautiful illustrations and helpful charts to keep the Greek and Roman gods straight.

“At first, editing something by Hawthorne seemed surreal and daunting,” said Stephanie Meter, who edited the CC edition over the course of several months. “However, I was surprised by the light and approachable style he used for this children’s book. I have much respect for Hawthorne’s more famous works, but “Tanglewood” is so readily enjoyable and accessible—both to edit and to read.”

Meter is a CC graduate who went on to earn a Bachelor of Arts degree in English from Campbell University and then returned to CC as an assistant editor.

“Middle school students love a good hero story, and they don’t get enough,” Meter explained. “Ancient literature can be off-putting because of style or mature content, but Hawthorne’s retelling eliminates this problem. This is a book by a classic American author that’s read far too little and available in far too few annotated editions.”

Both a novelist and short story writer, Hawthorne’s best-known novels include “The House of the Seven Gables” (1851) and “The Scarlet Letter” (1850), often cited as the best American novel of the 19th century. His short stories such as “Young Goodman Brown” (1835), “The Minister’s Black Veil” (1836), “The Great Carbuncle” (1837), “Dr. Heidegger’s Experiment” (1837), and “The Celestial Railroad” (1843) regularly appear in American literature anthologies.

Much of Hawthorne’s writing focuses on 17th- and 18th-century New England, many works featuring moral allegories with a Puritan inspiration. His themes often center on the conflict of good and evil in man, and feature deep psychological complexity.

The new CC edition of “Tanglewood Tales” is available in paperback for $11.99 at: https://new.classicalconversationsbooks.com/collections/featured-product…