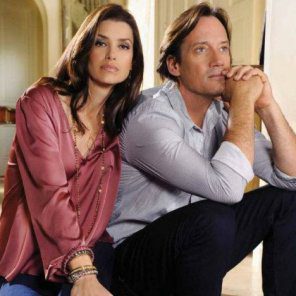 Sorbo, a veteran Challenge A director in addition to all of her other accomplishments, has just released a new book—her third—titled, “They’re YOUR Kids: An inspirational Journey from Self-Doubter to Home School Advocate.” “They’re YOUR Kids” is a scathing indictment of the American public education system.

“Our children deserve better than to be institutionalized in an education system developed during the Industrial Age,” Sorbo said. “School shootings, homework, and failing grades are all on the rise. Even school administrators admit that their students are falling farther behind. Politicians throw money at the problem and implement unproven and illogical new “standards,” while the teachers’ unions contribute to their campaigns and protect their own.”

With extensive data and many shudder-worthy examples, Sam explores the systemic inadequacies plaguing the public education system. The book may leave readers wondering why any discerning parents still put their faith in public school. She says that once parents understand the disintegration behind the classroom door, the solution becomes clear. This book then guides parents through implementing a better educational approach for your family, one that is tried and true. Sam’s extraordinary story, her discoveries, challenges, and triumphs, will encourage you to embrace the wonderful benefits and incredible possibilities of home education for your beloved children.

“Homeschooling provides a safer, sounder, and more spirit-centered didactic alternative, even for busy parents, and it’s not as difficult as our bloated, entrenched education establishment wants you to believe,” Sam said.

“They’re YOUR Kids!” is published by Reveille Press and available from SamSorbo.com and Amazon for $20.

Sandra Lynn “Sam” Sorbo (née Jenkins) is an American actress, author, and talk radio host who has appeared in more than two dozen films and TV shows and written three books. She is perhaps best known for playing the role of Serena on the television series “Hercules: The Legendary Journeys” under her maiden name. The show ran for 111 episodes, 1995-99.

In the show, Hercules, played by Kevin Sorbo, falls in love with Serena and they get married, but Serena dies under mysterious circumstances. While shooting was underway, the onscreen romance was being duplicated behind the scenes. Kevin and Sam married in 1998, shortly after Hercules and Serena married on screen. Unlike Serena, Sam didn’t die.

Kevin Sorbo is one of the hardest working actors in Hollywood, appearing in 90 film and TV roles over the past 25 years. In between the years playing Hercules, he played his first leading film role in “Kull the Conqueror” (1997). After “Hercules” came to an end, Sorbo played the starring role of Captain Dylan Hunt in the science-fiction drama series “Andromeda” from 2000 to 2005.

Sam studied biomedical engineering at Duke University before pursuing a career in modeling. Modeling offered her the chance to travel and learn languages, and she is now fluent in five. The couple live in Thousand Oaks, California, and have homeschooled their three children for seven years through CC. Sam is also the chair of A World Fit For Kids!, a non-profit organization that trains teenagers to become mentors to younger children.

Sam and Kevin have just completed filming a movie based on her story, written by Dan Gordon and Sam Sorbo and directed by Kevin Sorbo. The film, “Let There Be Light,” stars Kevin and Sam with their two boys, Braeden and Shane, and includes a cameo by Dionne Warwick. Executive Producer Sean Hannity also plays himself. The film is scheduled for release Christmas 2017.