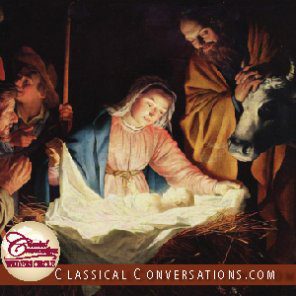 What Child is this
Who laid to rest
On Mary’s lap is sleeping?
Whom Angels greet with anthems sweet,
While shepherds watch are keeping?

So bring Him incense, gold and myrrh,
Come Peasant, King to own Him
The King of Kings salvation brings,
Let loving hearts enthrone Him.

This, this is Christ the King,
Whom shepherds guard and Angels sing
Haste, haste, to bring Him laud,
The Babe, the Son of Mary.

This song is sung many times every year when Christmas enters our lives. It tells of a child whom angels greet with anthems; that shepherds leave their flocks to meet; that wise kings travel to praise. He is Christ the King, the son of Mary.

But the song inquires of a wonderful question; what child is this?

William Chatterton Dix wrote “What Child Is This?” in 1865. Like many great hymn writers, his story is a sad one, but lived with great influence. He had the King of Kings as his salvation.

He did not, however, make up what he portrays in his Christmas carol. His dictionary, thesaurus, book of tales, was the Bible, where he weaved the birth of Jesus Christ our Savior into a hymn that has survived to this day, 151 years later.

Although it is easy to discover where Dix found his information—the four Gospels of good news have enough to proclaim in hundreds of carols and hymns—what about the prophecies laid bare in them? What about all the foretelling coming to pass? Where did they come from? What is so important about this child?

In Genesis 3:15, after the serpent convinces Eve to eat of the tree of good and evil, God curses him, saying, “And I will put enmity between you and the woman, and between your offspring and hers; he will crush your head and you will bruise his heel.” This is the first telling of a Savior coming to the world. He will come from a woman and he will crush not only Satan’s head but also the thriving vein of darkness in the world.

In Isaiah 7:14, we learn more about the woman and we learn the child’s name, “Therefore the Lord himself will be give you a sign: the virgin will be with child and will give birth to a son, and will call him Immanuel.” Immanuel meaning ‘God with us.’

The hymn “O come, O come, Emmanuel” was written by an unknown party in Latin during the 12th century, and translated by John Mason Neale in 1851. Emmanuel, more commonly known as Jesus, would come to ransom the captive Israel from the sins of the world. He would be “a lamp to [their] feet, a light to [their] path” (Psalms 119:105) and deliver them from their exile.

“O Little Town of Bethlehem,” written by Rector Phillips Brooks in 1868, portrays where the Savior was born as prophesied in Micah 5:2, “But you, Bethlehem Ephrathah, though you are small among the clans of Judah, out of you will come for me one who will be a ruler over Israel, whose origins are from old, from ancient times.” Verse four of Brooks’ carol says:

O holy Child of Bethlehem
Descend to us, we pray
Cast out our sin and enter in
Be born to us today
We hear the Christmas angels
The great glad tidings tell
O come to us, abide with us
Our Lord Emmanuel

Jesus is the one to save, to abide with the people of Israel, with the blessed children of God, even in their exile and forgetful ways.

Born of a virgin, named Immanuel, He lived a life in acceptance with what the prophets foretold—full of parables, teachings, and healing. He died on a cross among thieves, was buried with the rich, and rose the third day to ascend into heaven and sit in glory on God’s right hand. If the Bible were a novel, then it would be the greatest one ever written. Starting with creation, just three chapters later you have the fall and the first telling of the world needing a Savior. Then all the way through to the Gospels, prophets like Moses, Isaiah, Jeremiah, and so many more, told of a Son of Man coming to save the world. Each book leaves you wondering, “Why in the world is this story here and not another one?” Just think about it. Not one word in the Bible is there accidentally. Every word was spoken in accordance with God’s plans for mankind.

Christmas is just around the corner, full of presents and family get-togethers—even Ebenezer Scrooge celebrates—but it’s so much more too. Francesca Battistelli said it beautifully in her song “Christmas Is.” After explaining all that everyone sees Christmas to be, she wrote;

Christmas is all of these fun things for sure
But, Christmas is really, oh so much more
It’s good news of hope for the whole world because
Christmas is Jesus!

Lilyana Ruth Hays is an avid reader, a fiction writer, and a horse owner. But amongst those three and two other things, a dog trainer and cat lover, she is also a Divergent, a Tribute, a Member of a Fellowship, a friend of the Jewels of Anniera, a Jedi Master, a Narnian, a Pirate, and a Polygoner. Lily is a Challenge IV student who owns two storm- chasing horses, a “short” dog, and the shadow of a cat. Lily is the daughter of Marc and Jamie Hays and the oldest of six.