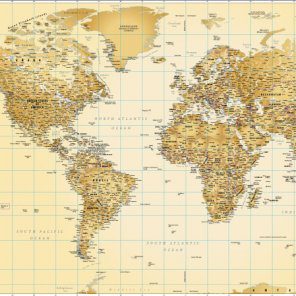 SOUTHERN PINES, NORTH CAROLINA— Classical Conversations Inc.® is the world’s largest classical education resource for Christian homeschoolers, and while the vast majority of CC’s 105,000 students live in the United States, the program is actually growing more rapidly in countries like South Africa, Canada and Singapore.

“We had about 1,250 international students in CC last year,” said Greg Stockton, international director for CC, “and we are expecting a lot more in the fall as we have more than a dozen new international communities starting up, some in new cities, some in new countries—like Belgium and Taiwan—where we’ve never had a presence before. This is a very exciting time.”

Classical Conversations’ number of international students has been growing 20-30 percent a year over the past several years, according to Stockton.

In all, CC has communities in 15 foreign countries, including a few that they can’t mention for fear of endangering the families involved.

CC strongly encourages its families to build communities that meet weekly during the school year. Trained parent-tutors model skills and facilitate activities that give students opportunities to practice these skills. Parents and students alike build strong relationships and benefit from the support, encouragement and accountability of the community.

CC’s first international community was established in Mississauga, Ontario, Canada, in 2005, and overseas communities followed in Okinawa and Ramstein, Germany, in 2009.

“Western Canada, in particular, is exploding,” said Jamie Hays, international products liaison and area representative (AR) for Canada for a little while longer. “Alberta in particular is growing due to changes in the law and great local leadership.”

Canada already has two local support representatives (SRs) and will have all-Canadian field leadership next year, according to Hays, who has worked herself out of one job by recruiting a Canadian AR. Other CC international communities have U.S.-based ARs and SRs, but CC’s International Support Team is working on developing local field leadership in other countries as well.

Canada has the most CC communities outside the U.S., but South Africa may be rapidly catching up.

“South Africa has just two CC communities that are in the middle of their academic year at the moment,” said Heidi Truitt, international sales director, “but when the new school year begins in February, I think we may have nine to 12 communities in Johannesburg and Cape Town.”

Germany, Japan and Singapore each had four CC communities this past school year, but those numbers will all be increasing in the fall.

The number of CC students in Germany (234) is growing rapidly, but since homeschooling is illegal in Germany, all of that growth is taking place among U.S. military personnel on some of the more than 40 U.S. military installations in Germany.

Other countries with one or two existing CC communities include Great Britain, Italy, Kenya and South Korea.

Heather Shirley, CEO of CCMM, Classical Conversations’ publishing arm, has traveled to many of these countries over the past several years. “Classical Conversations and our friends on other continents agree that education should ultimately aim to help us seek first [God’s] kingdom, and to know God and to make Him known,” she said.

Classical Conversations® is a classical education resource used by homeschoolers in all 50 states and 15 foreign countries. CC now has more than 105,000 students enrolled in its tutoring programs, which are provided by more than 2,500 CC communities. CC provides resources, guidance and a community for a Christian homeschool curriculum using classical education in three developmental stages: grammar, dialectic and rhetoric.