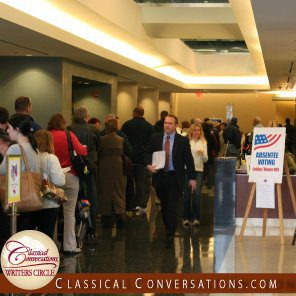 What is the UNCRPD? Why do I oppose it? Why should you oppose it, too? Not only should you oppose the treaty you need to make sure that your senator knows that you oppose it. The UNCRPD is the United Nations Convention on the Rights of Persons with Disabilities. It sounds good, right? We all want to protect the rights of disabled people.

However, there are three reasons to oppose the ratification of this treaty. As is often true with United Nations policy, many countries will not abide by the treaty whether or not the United States signs it. Secondly, this treaty does not address the concerns of disabled people in the United States—we simply do not need it. Finally, those attempting to pass the treaty have not given us compelling reasons to sign it.

The Homeschool Legal Defense Association opposes this treaty. See their reasons here and contact your senators to ask them to oppose it, too.

Already, countries such as Belgium are pushing to legalize euthanasia for the disabled (including minors). Germany has signed United Nations treaties that explicitly state homeschooling is legal, and yet they persecute homeschooling families. Our current United States government actually backed this persecution (which has its roots in Nazi Germany) and has actually backed this Nazi Germany law and tried to help Germany even though they are breaking a treaty.

Second, this treaty is not needed to protect the rights of the disabled in the United States. The United States already has some of the best laws in the world. We should continue to enforce our own laws, made by our own elected officials rather than inviting the United Nations to be in authority over us. Who would you rather have deciding how to treat the disabled: your local congressman—someone you can see and talk with—or an unelected bureaucrat from the United Nations?

What about the rights of the disabled abroad? If the countries that sign this treaty really wanted to protect their disabled citizens, would they not pass legislation to do so? Instead of accomplishing the stated goal of protecting the rights of the disabled worldwide, this treaty will simply add paperwork and cost to the United States government and our businesses. Do we really need to enact a treaty that will add paperwork and cost, but no benefits?

The United States Senate recently held a hearing on the UNCRPD. Dr. Michael Farris, chairman of the board of HSLDA, was brought in as a witness to testify against the treaty.  The senators who support the treaty did not appear to be interested in answering questions about the obvious holes in the treaty. Instead, they were interested in ad hominem attacks of Dr. Farris. As we learn in our Challenge Debate classes, ad hominem attacks are not valid arguments. Instead, these “to the man” attacks try to distract from the issues by attacking the character of the speaker.

If the treaty’s supporters cannot present sound arguments in favor of the treaty or answer basic questions, then we should strongly oppose the United States signing this treaty.

For these three strong reasons, I urge you to join me in opposing this treaty. The treaty does not benefit Americans with disabilities. If America needs to have stronger laws we should petition our government to make them, not an unelected bureaucrat. Second, signing this treaty will not help the disabled overseas be treated with the dignity they deserve. Past experience shows that countries who show disregard to human rights will continue to do so even after United Nations treaties have been signed. Finally, the supporters of this treaty have not answered basic questions or provided compelling reasons to sign it. Frankly, I believe this is because there are no good reasons to do so.