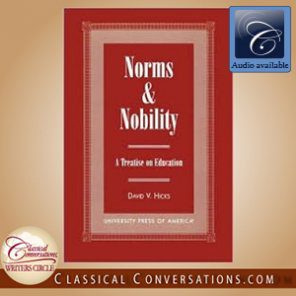 “I have vigorously defended contextual learning in my book because I believe that it is the key to how we learn as well as to the delight we find in learning. Children learn to speak by hearing words used in context, not by memorizing their definitions or studying their etymologies.”

Contextual learning, called by some synthetic learning, is the learning that comes out of the whole to engage the part and it asserts that the context of a thing about which one is learning is what makes learning interesting, delightful, and profitable.

However, in the excessively analytical modes of thinking that dominate today’s schools, we are continually required to learn things out of their contexts, and therefore in ways that are less interesting, less delightful, and less profitable.

The archetype of the decontextualized lesson is the dissected frog. Wordsworth even treated this activity as a metaphor, if not a synecdoche, for modern education: we murder to dissect. We do it to Robert Herrick’s poetry as much as we do to the frog.

One doesn’t learn what a frog is by dissecting it, only what it has. To know what a frog truly is one must experience it in its context – at the pond, with its mates, etc.

All human action takes place in a moral context. Every human action arises from a human decision, and every human decision has a moral context. Thus, every historical or literary event is fundamentally moral. Every story turns on an action by the protagonist and every action follows on a decision. In most stories, the moral dilemma drives the plot. Every story ends up celebrating some virtue, even those by the likes of James Joyce, Ernest Hemingway, or DH Lawrence.

For this reason, literature and history have always been seen as morally formative “subjects.” Fundamentally, as Mr. Hicks points out, history and literature are driven by the same basic questions.

“Although in my curriculum proposal I use history as the paradigm for contextual learning, the ethical question “What should one do?” might provide an even richer context for acquiring general knowledge. This question elicits not only knowledge, but also wisdom, and it draws the interest of the student into any subject, no matter how obscure or far removed from his day-to-day concerns. It challenges the imagination and makes life the laboratory it ought to be for testing the hypotheses and lessons of the classroom.”      — ibid

The question that drives the human spirit that arouses thought in child or adult, and that makes an education worth getting is simple but loaded: “What should one do?”

Writing, therefore, can be used to cultivate wisdom when we teach students to ask this question well. However, it must not be taught in isolation, as a specialized, abstracted skill. It should be taught as a way to refine thinking about things that matter, like whether Huckleberry Finn should have helped Jim escape, whether the colonies should have revolted against George III, whether Brutus should have assassinated Caesar, whether the grasshopper should have spent his summer playing music, whether Edmund should have followed the White Witch, and so on. It should be contextualized. Moreover, when examined in their natural contexts and in the context of this question, examples such as these direct students towards the true, good, and beautiful. As Mr. Hicks wrote, “This “should” question elicits not only knowledge, but wisdom.”

Not only can writing be used to cultivate wisdom, it must be so used. When you use writing as a tool by which your students ask the question, “What should be done?” or more precisely, “Should something be done?” you have begun to do so.