Cosmology: One of Science’s New Toys 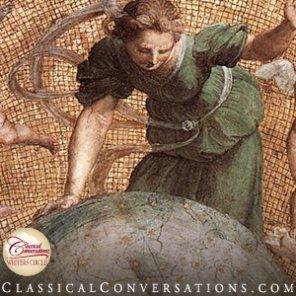 “The only spiritual or philosophical objection to steam-engines is not that men pay for them or work at them, or make them very ugly, or even that men are killed by them; but merely that men do not play at them.” — G.K. Chesterton

Cosmology is the study of the origins and development of the universe. A typical cosmology you might have heard of is the “Big Bang” cosmology, where the entire universe came from a single point over the course of billions of years.

Many scientists use modern cosmology as a bludgeon against Christians and many Christians object to cosmological models on the basis that they are different from the biblical account. Still others cling strongly to the modern Big Bang theory because, despite having its differences with Genesis, it carries a strong theistic undertone.

As I think about this, I think my friend was entirely correct. However, while he meant this as a criticism of cosmology, I think it is actually a positive feature. Think again about children receiving new toys. What happens when you give a kid a new toy? They play with it, and that is where the real learning happens. If you give a kid Legos, they may build a spaceship, a tower, a car, or a dragon. This is what gets their imagination pumping and helps them in their thinking. We don’t criticize kids because the dragon won’t really fly or because the tower doesn’t meet building-code specifications. Instead, we encourage them to build more, to add a parking garage to their tower or a knight to their dragon.

And so it is with science. Personally, I get frustrated at the amount of animosity people give to scientific ideas they disagree with. Even as a biblical creationist, I applaud the work of people who ask questions like, “What would it mean for life if we all descended from a common ancestor?” or “What would it look like if the earth were billions of years old?”. When kids grow up it is not that they get rid of their toys, it’s just that their toys get bigger. We move from Legos to building actual cars. We move from building a Lego house to maintaining our own.  And, if we have taken time to build a thousand houses with Legos, we might have a better idea of the kind of houses that work well and the kind of houses that don’t.

The problem I have is not with the cosmologist who asks questions about how gravity might affect an old universe or even with the fact that he is wrong or that his model is fatally flawed. My problem is with the scientists who, instead of acting as children exploring a new universe every day, act as petulant children who insist that everyone play with the toys the same way. You know children like that, don’t you? The ones who insist that everyone else play their game? The ones who think other children’s games are boring or childish, or what have you. This is the feeling I get when I talk to scientists or science enthusiasts—be they biblical creationists, theistic evolutionists, or atheists, who want only investigations in what they see as the “right” way.

Personally, I love doing creation biology, because I think that finding out how God put life together is absolutely amazing. However, that doesn’t mean I need to spend all my time grousing about other people and what they find interesting about biology. What I need to do is look, instead, for the good parts in other systems and see if and how they fit into what I am doing. Ignore the petulant children—they make life unbearable for everyone—and concentrate on what God has set before us to explore and consider!