Could your child enter Harvard in 1869? What the entrance exam to Harvard College tells us about classical education in America 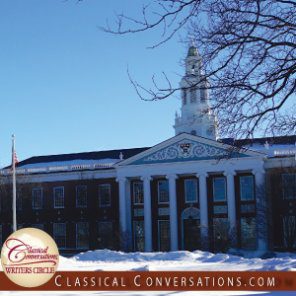 Harvard College adopted the following words, based on their mission statement, as part of their “Rules and Precepts” in 1646:

Let every Student be plainly instructed, and earnestly pressed to consider well, the maine end of his life and studies is, to know God and Jesus Christ which is eternal life (John 17:3) and therefore to lay Christ in the bottome, as the only foundation of all sound knowledge and Learning. And seeing the Lord only giveth wisedome, Let every one seriously set himself by prayer in secret to seeke it of him (Prov. 2:3).

Thoroughly dedicated to Scripture as the source of all Truth, Harvard sought to equip ministers and laymen with the tools for being effective citizens in the world, to the glory of God. How did they do this? Through classical education.

Some Christians hear about “classical” or “liberal arts”[i] education, and assume it is an ancient, preChristian form of education. Some object that it is a pagan way to educate children, as opposed to Christian, and that “Classical Christian” is simply some kind of syncretism or oxymoron. Not only is this untrue, but it is ironically untrue, because in order to dismiss “classical education” as pagan, you have to dismiss the entire history of Christian education. The founding fathers of the United States provide a clear example. Not only were they classically educated themselves, but they considered classical education an integral component of being a faithful, educated Christian. The entrance exam below, read in the light of the mission statement of Harvard demonstrates this:

The HISTORY AND GEOGRAPHY portion of the Entrance Exam for Harvard University, July 1869.

I. Bound the basin of the Po, of the Mississippi, of the St. Lawrence.

II. Name the chief rivers of Ancient Gaul and Modern France.[ii] Is France larger or smaller than Transalpine Gaul? What are the two principal rivers that rise in the Alps? Where is the Mont Blanc?

III. Where is the Source of the Danube? of the Volga? of the Ganges? of the Amazon?

IV. Describe the route of the Ten Thousand, or lay it down on a map.[iii]

VII. Supply the two names left bank in the following passage from the Oration for the Manilian Law:[v]

Who was Jugurtha? Where was Numantia?

It was this education that enabled the American founding fathers to intentionally reject the failed “experiment in democracy” of ancient Athens, and to instead build a constitutional and representative Republic, which was more like the Republic of Rome. Classical education shaped men like George Washington and John Adams. But the Founders were not returning to something merely ancient. They were continuing the tradition of classical education as it was handed down from the earliest times in Christian history, starting with the Apostles themselves and going into the early Church continuing on into the Middle Ages, which was particularlystrong among the Protestant Reformers. As little as sixty to seventy years ago, it was still taken for granted that an educated person would have a classical education. The idea that education would not be classical, or that classical education is opposed to Christian education, is a very novel and modern idea.

Classical Conversations, and publishers like Roman Roads, are seeking to enable parents to achieve the same aim as that of Harvard at its founding. We want our children to “know God and Jesus Christ which is eternal life.” With Harvard and the founding fathers of this country, we believe the best way to prepare children to that end is with a classical, liberal arts education. And by “classical,” we mean “historically Christian.”

[ii] Students would learn this in Julius Caesar’s Gallic Wars, a text almost every school boy in America was once familiar with in Latin.

[iii] Students would have learned this from Xenophon’s Anabasis, the most famous Greek text for students of Greeks.

[v] Another demonstration of the assumed knowledge of both classical texts and the Latin language.

[vi] Students would answer from their knowledge of Herodotus and Thucydides. Thucydides is still a required text at West Point, though it was once universal among all educated men. John Adams wrote to
his son John Quincy Adams around the time of the signing of the Declaration of Independence, urging him to read Thucydides. 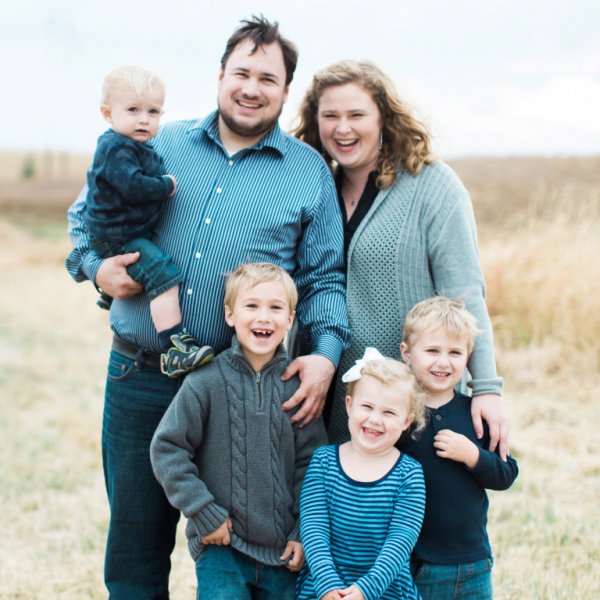 Daniel Foucachon is the founder of Roman Roads Media, a publisher of classical education specializing in video curriculum. He founded Roman Roads because he noticed that much of classical curriculum available was not truly homeschool friendly, having been designed for the classroom. He is married to his beautiful wife Lydia, and has four young children who will be starting their Latin and Greek very soon.