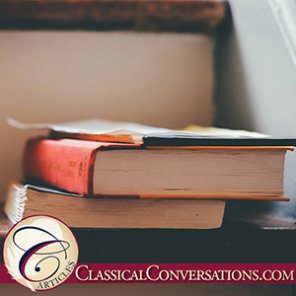 While not a philosopher of education, I am a philosopher, an educator, and—what is more—a Tolkienist. It is with these as my only credentials (or only excuse) that I propose to write here on the topic of education by way of J.R.R. Tolkien’s brilliant essay “On Fairy-Stories.” In the course of teaching us about fairy stories, what, if anything, might Tolkien have to teach us about teaching itself?

Tolkien answers three questions in his essay: first, what are fairy stories (they’re stories, not about fairies, but about the enchanted, perilous realm of Faërie)? Second, what is their origin (they are rooted simultaneously in the human mind and in human language)? And third, what is their use (fairy stories perform the fourfold function of Fantasy, Recovery, Escape, and Consolation)? It is on Tolkien’s remarks on Fantasy that I will particularly focus here.

Fantasy, as Tolkien defines it, has to do with the human mind’s remarkable ability to compose strange and unreal images, combined with the power of human “Art” to craft entire imaginary yet internally consistent worlds in which these strange images find themselves at home. Yet the purpose of such strange imaginings, Tolkien explains, is not simply Fantasy for its own sake, but what he calls “Recovery,” the act of freeing things “from the drab blur of triteness or familiarity—from possessiveness,” by helping us see the real world afresh in all its startling beauty and its own, authentic and “arresting strangeness.”

In the course of discussing Fantasy, Tolkien further introduces the fascinating and pedagogically suggestive notion of what he calls “Faërian Drama.” By Faërian drama, Tolkien means those plays or stories that are performed or told by the elves or fairies, paradoxically, within a fairy story for a human audience. One of the distinguishing characteristics of Faërian drama is that the story-telling often proves so powerful or spellbinding that the audience actually momentarily lose their ability to distinguish between the fiction they are witnessing and their own reality, to the point that they believe themselves to be “bodily inside [the] Secondary World” of the story they are hearing. Faërian drama, in other words, involves human characters within a fairy story who witness a fairy story so immersive that they are led to mistake it for their own reality. As Tolkien describes it, for the one who beholds a Faërian drama, “[t]he experience may be very similar to Dreaming… But in Faërian drama you are in a dream that some other mind is weaving, and the knowledge of that alarming fact may slip from your grasp… You are deluded.” Tolkien’s one-word summary for this “more potent and specially elvish” form of story-telling is Enchantment.

While the art within art of Faërian drama is entirely fictional or make-believe on one level, at another level Tolkien suggests that what we observe in Faërian drama is a profound (if merely literary) reflection as to what all human art aspires to achieve, even if unconsciously. Tolkien describes the significance of Faërian drama: “At the heart of many man-made stories of the elves lies, open or concealed, pure or alloyed, the desire for a living, realized sub-creative art,” one that has been freed from its normal human limitations or boundaries. In Faërian drama, in other words, we “learn what is the central desire and aspiration of human Fantasy.” We learn that humanity desires its art not to remain art forever, but that it aspires and desires to be made real. It is this desire that, Tolkien argues in the conclusion of his essay, is fulfilled in the Christian Gospel of the Incarnation and Resurrection of Jesus Christ. In that “story,” actual human history and existence have been given the form, meaning, and “eucatastrophic” happy ending of our own fairy stories.

This brings us, finally, to the question of what implications Tolkien’s above account of fairy stories might have for our understanding of education. If Tolkien is correct that all human Fantasy aspires to the kind of ideal, and if human Fantasy is, as Tolkien puts it, the most “successful of all forms of human art,” then there is a real and meaningful sense in which the “art” of education must likewise “aspire” to a kind of elvish “Enchantment.” When we teach, our aim isn’t merely to relay a subject matter—a curricular “story”—that otherwise remains “out there” at a level removed from the student himself. On the contrary, our desire is to be so competent and compelling in our teaching-cum-story-telling that our students and children are able, by an act of what Tolkien calls “literary belief,” to enter into the subject matter fully, and “see” and “feel,” even “be” inside of it. Yet in casting our pedagogical “spell,” of course, we understand that we are engaged in no mere game or play-acting; we are not trying to get our students to believe something that is false. Rather, we are engaged in the perilously important task of trying to seduce—or “delude,” as Tolkien has it—our students out of the so-called “real world” that they think they already know by leading them into the even more real “Secondary World” that is being “weaved” by the teacher. Understood as a form or state of Faërian drama, then, education is to be appreciated as no mere means to some other, ulterior end, but rather education seeks to bring about much the same effect that all our arts ardently long for (but which only God’s own Faërian drama of the Gospel most fully achieves). In sum, our teaching must strive to imaginatively substitute the existing world with a new and redeemed because enchanted view of the old one.

Jonathan McIntosh has served since 2007 as Fellow of Humanities at New Saint Andrews College in Moscow, Idaho, and has taught in classical Christian schools, homeschool coops, and online programs. He holds a Ph.D. in philosophy from the University of Dallas, and his areas of teaching and research include philosophical theology, political philosophy, economics, St. Anselm, St. Thomas Aquinas, and J.R.R. Tolkien. He blogs occasionally at www.jonathansmcintosh.wordpress.com and his book The Flame Imperishable: Tolkien, St. Thomas, and the Metaphysics of Faërie is being released in December 2017 from Angelico Press. He and his wife Annie have four daughters.