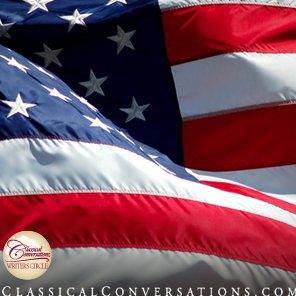 So if you have not noticed, there is a presidential election again this year, and it is therefore a good time to hear more logical fallacies than usual in the media and in political conversations.

It seems there are a whole lot of Party P voters out there who do not like their party nominee, Candidate P, very much, but who will be voting for him anyway based on the reasoning that he is better than the incumbent, Candidate Q. I hear that some have even been calling him the “Lesser of Two Evils” (which will hereafter be referred to as the “LOTE”). What these voters seem to be proposing is that Candidate P’s most admirable characteristic is that he is not Candidate Q, and that this is enough reason to vote for him.

I will not be addressing whether this is, in fact, Candidate P’s best characteristic nor endorsing or denouncing any candidate whatsoever; so far as I know, Classical Conversations is not in the business of doing either. What we are in the business of is logic, so what I will be doing is playing the role of a fallacy detective; what I will be addressing is whether or not, if this were found to be true, it would be a valid reason for electing him.

Please do not infer any charge to vote for one candidate or the other. What I am doing is merely an exercise in logic, based on some reasoning I have been hearing a lot lately. The most I will accomplish (hopefully) is to point out some reasons why the “LOTE” is not, in itself, a compelling reason to vote for a candidate.

The “Lesser of Two Evils” reasoning fails to differentiate the person from his policies.

When Party P voters say that Candidate P is a lesser evil than Candidate Q, most are stating the claim with regard to personal character: Candidate P is Christian (or at least something like it), while Candidate Q is a heathen, postmodernist cigarette smoker with lots of skeletons in his closet. (For the purpose of this example, let it be assumed that we know Candidate P is neither a closet-smoking nor skeleton-hiding candidate.)

For example, one could easily envision a situation in which Candidate Q is an atheist, liar, and chauvinist, who proposes some disastrous new kind of national insurance coverage, whereas Candidate P is a philanthropist and family man, who supports the same disastrous new kind of insurance coverage. In choosing between them, we should not assume that Candidate P will be a better kind of president simply because he is a better kind of man; a good man can bankrupt the nation just as easily as a bad man if they both have the same disastrous ideas. If their policies are the same, their presidencies will be the same.

The “Lesser of Two Evils” reasoning restricts the argument to the current presidential term.

The problem is, this assumes that the two choices being put before voters are:

a) Four years of Candidate P

b) Four years of Candidate Q

Actually, the two choices being put before voters are:

a) Four years of Candidate P, and Candidate P subsequently up for reelection

b) Four years of Candidate Q, and potentially some other Party P representative subsequently up as challenger

People who do not like Candidate P now are unlikely to like him any better four years from now. By voting for the “LOTE,” they are almost certainly locking him into the ballot four years from now instead of taking the chance that the next challenger might be someone who does not make them hold their noses.

By framing the debate, the “LOTE” proponents are accepting a lesser good now and rejecting a greater good later.

The “Lesser of Two Evils” reasoning assumes that there are only two options.

This shall be the hardest fallacy to argue for, so I will argue it in brief. I feel I should reiterate the disclaimer that this article is not proposing that either candidate is evil. Rather, it is speaking of a situation in which one candidate is considered the “LOTE” by many of the people who are going to vote for him.

Adopting such a stance concedes that Evil #1 and Evil #2 are the only possible options – or at least, that the badness of Evil #1 constitutes such an emergency that Evil #1 can only be combated by submitting to Evil #2.

There are at least two flawed assumptions with this concession.

The first is that while exigencies of time or convenience do have the power to limit our practical options (one might not have time to study for both exams, and so prepares for the one on which a poor grade would be more disastrous), it does not follow that they have the power to limit our moral options. And it is in moral terms that the “LOTE” argument has chosen to present itself.

For example, when making merely practical decisions (clean part of the house now or have to clean it all later), it is acceptable to choose the lesser of two inconveniences, and in fact we do so all the time. But when making moral decisions (and the “LOTE” proponents, by that very vocabulary, believe that this is one) choosing the “less bad” of the two options is not the correct way to go about it. This is because a moral decision is being made as if it were a practical decision. One does not even have to disagree with the candidate who is being chosen in order to dismiss this particular decision-making process.

The second assumption is that the two options need always be unappealing. “LOTE” reasoning accepts a state of affairs that it deems unacceptable, instead of trying to change it over time by the influence of the dissenting “conscience vote.” There is as yet no law that compels us to vote for either Candidate P or Candidate Q, and while voting for someone else might indeed be the impractical choice, once again remember that the reasons against doing so ought to then be cast in terms of practicality (such as  “choosing the lesser of two inconveniences”), not in terms of morality.

Oddly, a political climate has arisen in which the impractical choice is deemed to be evil, and the practical, or self-proclaimed “less evil” choice, is hailed as being good.

These are the three assumptions fallacy detectives can find in the “LOTE” reasoning: it talks about the person when it ought to be talking about policy, it narrows the issue to what is immediate, and it confuses practical exigency with moral exigency.