Fire Safety for Parents and Educators 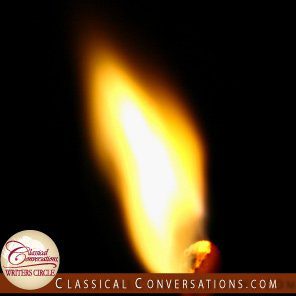 This Christmas, I spent the holidays with my sister and brother-in-law and my young nephew. My nephew is just learning to stand upright and lunge from surface to surface like a trapeze artist. While I was there, he attempted to place his hand on the living room heater, prompting a firm rebuke.

Entranced by the flickering colors, small children find it difficult to believe that fire is not a toy. Adults have more experience; we know why the phrase, “playing with fire,” means taking dangerous risks. And yet, is it not a quandary that, even as we warn children away from heat and flame, we also want them—eventually—to learn how to cook on a hot stove and build fires to keep warm in the winter?

Knowledge is like that, too. A famous quote about education says, “Education is not the filling of a pail, but the lighting of a fire.”1 Sometimes, presenting a child with knowledge seems just as dangerous as giving him a lighted match. Once you spark his curiosity, the risk—but also the desired outcome—is that it will begin to burn on its own.

Classical, Christian education is about guiding a child’s fire toward the pursuit of truth. In Classical Conversations, the progression looks something like this:

• In the grammar stage, in Foundations, we lay the kindling and give the fire a structure, while leaving plenty of breathing room with play and outdoor time.

• In the dialectic stage, in Essentials and Challenges A, B, and I, we light the fire of curiosity and begin to layer larger sticks on top of the kindling, reinforcing knowledge, but being careful not to extinguish the spark with too much weight too soon.

• In the rhetoric stage, in Challenges II-IV, we fan the flame and begin to add larger logs that can generate light and heat. Our fire is now able to do real work: warm a crowd, light a campsite, or feed a family.

It could also burn down a house.

An uneasy chuckle might follow that extension of the metaphor. No one wants to hear this version of the story. After all, it is much easier to imagine the safe, tidy flame of a scented candle in an iron box. A bonfire sounds dangerous.

Here, we reach that pesky quandary again. When William Wilberforce used his standing in the British Parliament to fight against the slave trade, he was a man on fire. He urged others to catch fire as well, writing, “Accustom yourself to look first to the dreadful consequences of failure; then fix your eye on the glorious prize which is before you; and when your strength begins to fail, and your spirits are well nigh exhausted, let the animating view rekindle your resolution, and call forth in renewed vigour the fainting energies of your soul.”2

Frederick Douglass, declaiming the evils of slavery in 1852, wrote, “It is not light that we need, but fire; it is not the gentle shower, but thunder. We need the storm, the whirlwind, and the earthquake.”3 He, too, was a man on fire for justice.

In contrast, the millennial generation has been called the “apathy generation”4 based on their perceived unwillingness to act on their stated beliefs. One of the latest surveys of student engagement in high schools across the country found that forty-nine percent of high schoolers reported being bored in school every single day.5 What students need, if they are to be world changers, is some of that oh-so-dangerous fire.

That is why Classical Conversations emphasizes the importance of having mentors during the middle and high school years. Tutors are present in CC communities to point students to Christ in every subject so that students learn to seek the truth above all and to use their growing rhetorical skills for good, not evil. Parents do not have to tend the fire alone.

I find that reminder of partnership encouraging, because in the end, classical education is very much like a fire. It ignites a love of learning, provides fuel for critical thinking, and builds the capacity for leadership. All of these outcomes are dangerous, if used without wisdom. All are beautiful, if used with wisdom and humility in service of the truth.

One of my roommates in graduate school used a stanza of poetry for her voicemail greeting, so I heard the words often. The piece came from T.S. Eliot’s Four Quartets, and it has since become one of my favorite passages of poetry:

The dove descending breaks the air
with flame of incandescent terror
of which the tongues declare
the one discharge from sin and error.
The only hope, or else despair
lies in the choice of pyre or pyre—
to be redeemed from fire by fire.6

Eliot’s words remind me that we do not escape error through apathy. If we choose to kindle knowledge, understanding, and wisdom in ourselves and in our students, we must be willing to let the fire do its work.

1 Often attributed to W.B. Yeats, but likely from Plutarch’s essay, “On Listening,” according to “The Mind Is Not a Vessel That Needs Filling, But Wood That Needs Igniting.” QuoteInvestigator.com, March 28, 2013. http://quoteinvestigator.com/2013/03/28/mind-fire/

5 Charting the Path from Engagement to Achievement: A Report on the 2009 High School Survey of Student Engagement. Bloomington, IN: Indiana University Center for Evaluation and Education Policy, June 8, 2010. http://newsinfo.iu.edu/news/page/normal/14593.html