From One Ill-equipped Leader to Another 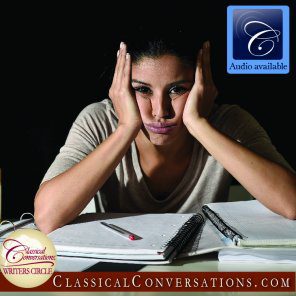 This is a month of confessions, and I have another one today. When I find myself in the role of a tutor or team leader, I’m a master of making it about me, not about my fellow students.

As a graduate teaching assistant, I often came into classes so impressed with my own knowledge of the material that I turned every student comment into a stepping stone toward my brilliant conclusion.

As a writing tutor, one of my recurring mantras was, “Well, I would say it this way,” even if there was no grammatical or contextual reason for the change.

Have you ever done that?

Because my goals were based on my own needs, if a class or a student did not come away impressed by my superior intelligence, my sense of worth was crushed. If a student posed a question I could not answer, I grew defensive. If I was not in complete control of the conversation’s direction and destination, I felt inadequate. “Filling an hour” was a daunting task because it was all up to me. If I failed, the hour was a loss.

This week, I was scheduled to lead a remote discussion group with some of my coworkers. (Yes, that same discussion group—I promise, these examples are not fabricated for instructional purposes.) A few days before, I came down with the flu, and I had little to no voice and less energy by the time Wednesday rolled around.

Again, I have worked with this group of people long enough, and we’ve had enough conversations as educators about what it means to be a leading learner rather than a lecturer that I took the leap. I didn’t make excuses or plow ahead as though I had a superb lesson plan; instead, I explained frankly that I would need their help to keep the conversation going.

Because I felt safe enough to admit that I was not at my peak, the rest of the group stepped up to guide the discussion. When there was silence, it was a balm rather than a barrier. Because I spent more time listening than planning my next dazzling insertion, my agenda did not hold the conversation hostage. I was better able to notice the small gestures and cues indicating that someone had a thought to share. As a result, the hour was not governed by what I brought to the table, but rather by the insights that the material generated among the group, made richer by each individual’s contributions.

I still do my best to be prepared (a good thing), and I still put my needs first more often than I should (a less good thing), but this recovering perfectionist is again so grateful for the reminder that even when a leader has not achieved mastery of the content or planned a perfect lesson, a community of learners can still uncover the truth as a team.

Read Part 1: From One Unprepared Student to Another