History That Changes the World 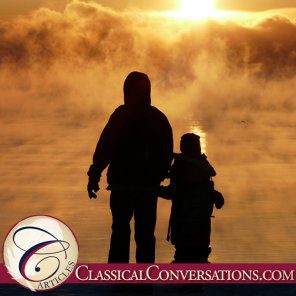 This year we recognize the 500th anniversary of the Protestant Reformation. I love anniversaries; as a history teacher I will cling to any excuse to think about the past. Yet this anniversary is more arresting to me than most others, for the Reformation shaped the way I do and teach history. The Reformation wonderfully expanded the range of historical questions worth asking. It widened the narrow boundaries of relevance.

The Protestant reformers challenged a common temptation to limit history’s actors to a small range of individuals. In the era leading up to Luther’s protests, many people looked upon monks, priests and kings, and their close associates, as the only individuals who truly mattered to society. Thus, those such individuals were the only fitting subjects for historical narratives, for only they could shape the course of human events. Luther confronted this error when he recovered the biblical notion that all God’s people, regardless of social status or calling, are consequential in the kingdom of God. He developed this idea, commonly referred to as “the priesthood of all believers,” in his 1520 tract, Letter to the Christian Nobility of the German Nation. He wrote,

“A cobbler, a smith, a peasant, every man, has the office and function of his calling, and yet all alike are consecrated priests and bishops, and every man should by his office or function be useful and beneficial to the rest, so that various kinds of work may all be united for the furtherance of the body and soul, just as the members of the body all serve one another.”

It remains a pressing task for Christian teachers to show their students how even ordinary people, in their “everyman” callings—as cobblers, smiths, peasants, etc.—have made a difference in the world.

The European Enlightenment followed close upon the heels of the Reformation. Along with the Enlightenment came the rise of the modern nation-state and its boastful claim to be the supreme manifestation of human activity. Enlightenment thinkers viewed the state as a more important social organism than school, neighborhood, guild, corporation, family, or church. Their notion of history left a legacy that persists through our own day. Unfortunately, even some Christian educators teach history as though the only topics worthy of our attention are those pertaining to warfare, lawmaking, and ruling—the stuff of nations and their politics. We tend to relegate other matters to the margins. Edward Gibbon represented this modern enlightenment attitude in Decline and Fall of the Roman Empire where he said, “Wars, and the administration of public affairs are the principal subjects of history” (chapter IX). We, like Gibbon, sometimes find it difficult imagine historical change apart from political action.

I know many elderly people who are casualties of the politics-is-everything notion they picked up from their history lessons back in school. These people may have given their lives to working hard, building their homes and businesses, loving their spouses, raising children, and serving in their churches and neighborhoods. But because they neither held political office nor landed on Iwo Jima, they think they did nothing very important. It’s high time we recover the Protestant principle of the priesthood of all believers and apply it to our history lessons.

Every year the assignment returns new insights about the past. One student studied her grandmother’s famous tamale recipe. This grandmother had been raised in a family that migrated to the U.S. from Mexico. As a little girl she spoke Spanish at home and English at school. Her peers—most of them were white—listened to Frank Sinatra and Elvis Presley, wore crew cuts and bobby socks, and watched Marilyn Monroe and Gary Cooper on the silver screen. Such mainstream surroundings whittled away at her family’s old Mexican ways, but family meals persisted. Tamales had been an unremarkable staple back in Mexico, but in the U.S. they took on a unique new significance because they represented a way of life that seemed to be slipping away. Preparing, serving, and eating tamales became a ritual that solemnized every major holiday and life event. They became special food that formed their identity as immigrants in a strange land. Thus grandma’s tamale recipe took center stage in a wonderfully insightful paper about immigration in the mid-twentieth century. Grandma became historically significant.

I remember another student who wrote about a granddad that spent his entire professional life as an insurance salesman. Each morning he ate breakfast, kissed his wife on his way out the door, drove off to work, and returned home to his family. What could be important about this man’s experience? This student developed a thorough analysis of suburban growth after World War II, together with the automated routines and the consumer values it fostered. Thus she placed her grandfather at the center of what may have been the most important demographic shift in the twentieth century United States. She realized her grandfather had been part of something that really mattered. The grandfather realized the same thing when he read about himself in the paper. This student honored her grandfather in a way that his own history education did not allow for.

Like many teachers, I have high aspirations for my students at New Saint Andrews College. History should show them that, in whatever calling they pursue, God can use them to shape culture. Maybe they will fight wars or hold public office, but there are plenty of other ways for them to change the world. Do our history lessons show this to be true? We need to expose our students to noble heroes of the past, heroes representing a variety of callings. Then we need to show them how these heroes, by living out their callings, made history. Our history lessons should realize the truth of what Luther said, “that every man should by his office or function be useful and beneficial to the rest, so that various kinds of work may all be united for the furtherance of the body and soul, just as the members of the body all serve one another.”

Christopher Schlect, Ph.D., is a Fellow of History at New Saint Andrewes College. Dr. Schlect also serves the college as Director of Classical and Christian Studies graduate program. He has been involved in classical and Christian education for over twenty-five years, and supports educators through various speaking, writing, and consulting activities.