How Classical Conversations Teaches Us to Communicate Culture 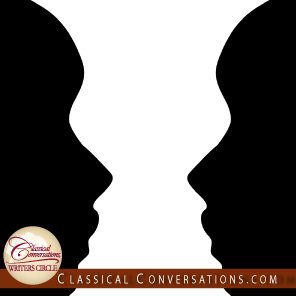 “People and other creatures would be known by their names and histories, not by their numbers or percentages. History would be handed down in songs and stories, not reduced to evolutionary or technological trends.”

What is culture, civilization, community? Do we live in a civilized community because we have tagged and identified everyone with a nine-digit social security number? Does that kind of technical efficiency define what it means to be civilized? Is the human soul satisfied because it can describe a person statistically: height, weight, race, religion, and gender?

Community is far more than these things; it is the songs and stories that we can tell about one another, about our forebears.

Think of the ramifications of how we often end up using statistical information. Statistical labels applied to others often become a means by which we feign to know the person, or even a means by which we subject the person to dismissal. I remember participating in a conversation during which we were discussing a particular idea of a certain man. One of the people in the conversation brushed the person off by labeling him a Presbyterian. Apparently, the fact that this person was a Presbyterian devalued his contribution to the topic. The person who had thus identified the Presbyterian was not only able to show that he “knew” this other person because he could apply a label we could not, he could also use the label dismissively. I have been in other conversations in which similar labels were used: “Oh, but he’s Catholic,” or “Yes, but she’s a woman,” and other such dismissive remarks.

To know a person is far more intimate than just being able to identify him or her with statistical labels. We need to know their names, histories, songs, and stories. One area where we continue along the same vein, but still fail to actually know a person, is when we apply personality traits to a person. We deceive ourselves because to identify a personality trait is somewhat more intimate, so we think we actually know the person. All the while, we are labeling them, categorizing them, and boxing them in as a farmer would his cattle or poultry. She is a sanguine or melancholy. He is an INTP or ENTJ.

In all of life, we are called to know one another intimately, to bear one another’s burdens, and to love our neighbors as ourselves. The psalmist reminds us, as adults, to teach our children the histories, stories, and songs of the people of God that they might remember Him. The troubles that we read about in the Book of Judges are precisely a result of the failure to tell these stories:

And also all that generation were gathered unto their fathers: and there arose another generation after them, which knew not the Lord, nor yet the works which he had done for Israel (Judges 2:10, KJV).

This is the kind of culture, civilization, and community of which God has called us to be a part. Our local communities, family, and church are places where we are to do this. Our local Classical Conversations communities are places for us to do this. We gather together with other homeschooling families and we not only learn the stories, songs, and histories of God, His people, and our own nation, but we also learn the stories, songs, and histories of one another.

I do not know a man simply because I can identify him as a white, Protestant male. I do, however, know, and am continuing to learn about, those who are a part of my community as I learn their stories, songs, and histories. I know the young lady, Sabina, in our local Challenge B program because I know her stories. Not all of them (I am still learning as our families continue to gather around stories), but I know that she loves to listen to music. I know that, maybe even more than listening to her favorite music, she enjoys reading and studying the thesaurus. I remember her, at the end of her Challenge A year, coming into my Challenge IV class and delivering her apologetics paper to us. I remember watching her, standing before us holding her paper, muscles tensed, confidently delivering her speech which was filled with the words she had learned from her thesaurus. I remember my whole class, myself included, being impressed by her ability to use those words correctly and with propriety. I look forward to learning more about her as her own story and history continues and as she visits my own daughter, her friend.

God has given us a multitude of opportunities to know one another and to love one another, through stories, songs, and histories. Visits to restaurants, shops, libraries, parks, playgrounds, church, and our local Classical Conversations communities are all opportunities to create or continue culture, civilization, and community. Somehow, I have to imagine that we are to imitate Adam in naming others, but I also have to imagine that Adam’s naming Eve had more to do with the intimate knowledge he had of her than it did with the simple application of a label.